As my predecessors in the post as President stated on several occasions, leading the Institute is not a one man show. All the members of the Council, Committees and Head Office are involved in moving the Institute forward and being a driving force in the progress of the Golfing Industry. Our role as the most professional and recognized organization representing golf course architects in Europe is a statement made possible by the many efforts of both members and employees throughout the years. 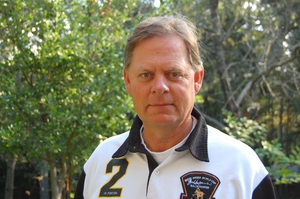 Even if it’s not possible to foresee what is going to happen in the future we can be sure there will be challenges for us as golf course architects. We are still experiencing a decline in new golf projects and the rate of new players coming into the game are not what they used to be.

We as golf course architects could play a major role in getting “the train back on the track” by emphasizing to developers, town planners, politicians and even countries that golf is a good thing for the general public. As a sport, golf is almost unique in that it can be played competitively at any age. It is proven by scientific research that playing golf has major health benefits, both physical and psychological. It also improves social skills and promotes an image of honesty and integrity. We must take the opportunity to promote these benefits to the non-golfers, and golf course architects must do what they can to help encourage and increase new entries to the game. But no matter what is hiding behind the corners the Institute is prepared!

The current Council feels it’s very important to participate in events organized by our partners and patrons around Europe. This gives our Institute a chance to make our voice heard regarding the development of golf in the European countries.

During the past twelve months, EIGCA were represented when The R&A held their 9th International Conference at St Andrews at the end of April and beginning of May by me and Vice President Tom Mackenzie. Over three days members of National governing bodies from all over the world and other transnational organisations affiliated to The R&A, discussed and debated the challenges and opportunities that we are facing in golf.

During the conference we were able to meet and discuss golfing matters from our perspective as golf course architects and it was very interesting to listen to our colleague from USA, Mr Gil Hanse, reporting on the progress of the Olympic golf course in Rio de Janeiro. We also met several representatives from countries where golf is not yet a popular game and their need to develop alternative golf facilities such as short courses and practice areas to attract new players. 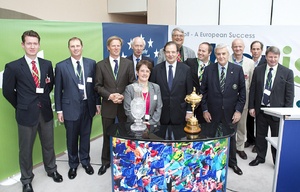 In the second week of May an historic first golf exhibition in the European Parliament in Brussels opened under the name “Golf – A European Success”. The exhibition focused on the environmental, social and economic impact of golf across Europe. Some 100 delegates from across the European golf industry came together for the exhibition and a series of sessions exploring the challenges and opportunities for golf throughout the Europe.

The EIGCA were represented by our Council members Rainer Preissmann and Libor Jirasek. Our Senior Member Achim Reinmuth was also present as a member of the EGA Golf Course Committee. The event offered a platform for different Golf Industry bodies to liaise and interact with European Parliamentarians and Commissioners on matters of sustainability and golf.

In February 2013 Tom Mackenzie attended the FEGGA Conference in Zürich, Switzerland and presented a talk about our RSSGCD programme. It provided a great opportunity to show how seriously our Institute takes environmental issues and also a constructive way of improving our professional standing.

This year’s PGAs of Europe Conference took place in the Algarve, Portugal in December. At the conference Tom Mackenzie had several opportunities to discuss the possibility to grow the game in emerging markets and the importance of sustainable golf developments.

The 8th EGCOA´s European Golf Business Conference was held in October in Lisbon. The conference focused especially on enhancing the revenues of golf clubs and how to retain existing members. During the day that I was present, little was mentioned by the speakers of the importance of having a good and interesting golf course to attract customers and retaining members. I found this a little strange. At the conference the EGCOA launched their Vision 2020 programme.

The RSSGCD program was launched at the AGM in Malmö and the programme is rolling along very well. Some members have already reached stage three and are now working on their case studies. I would like to extend a warm thank you to Tom Mackenzie, the Head Office, our course director Keith Duff, our Industry Partners and GEO for making this programme possible and to our members for making it a big success. Students in the first intake of the reformatted EIGCA Vocational Qualification in Golf Course Design have now graduated and the second intake is entering their second year of Part One of the course.

Last autumn the students from the 2011 intake were invited by our Gold Industry Partner TORO to a Study Tour of some of the golf courses in Fife, Scotland. TORO has throughout the years awarded a special price to one of the graduating students but this year TORO and, especially Andy Brown very generously decided, to invite all the students to receive this fantastic opportunity to visit the Home of Golf. 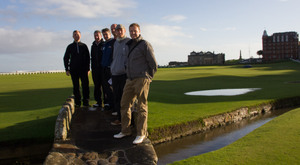 Students on the 2013 Study Tour, sponsored by Toro

The students visited St Andrews, walking the Old Course and playing the Castle Course. There was also time for a site visit to Elie Golf Club. We would like to thank Andy Brown and TORO for their support and commitment to our education programme.

It is our turn to organize the next study tour for our members and our colleagues in the US and Australia. The preparations are already under way and we are planning to visit some of the heathland courses around London and some of the links courses on the Kent coast in the autumn of 2015.

And last but certainly not least, our Industry Partners and Consultant Partners are extremely vital for our Institute. Not only in an economic sense but also for contributing knowledge in specific golf related areas that can be useful for our profession. The EIGCA are deeply thankful for their support.