Tuesday May 7, 2013 - An historic first golf exhibition in the European Parliament in Brussels opened today showcasing ‘Golf - A European Success’.

The exhibition, which brought the Ryder Cup and Solheim Cup trophies together in celebrating the success of the European teams in their respective matches against the United States at Medinah last year and Killeen Castle in 2011, highlighted the environmental, social and economic impact of golf across Europe.

Speaking on behalf of the President of the European Parliament, Doris Pack MEP said: “Golf is truly a European success. It is not often you see the European flag being waved proudly and passionately, but at the Ryder Cup and Solheim Cups we had thousands of Europeans doing exactly that and what a remarkable sight it was. That European success is an inspiration for other sports. 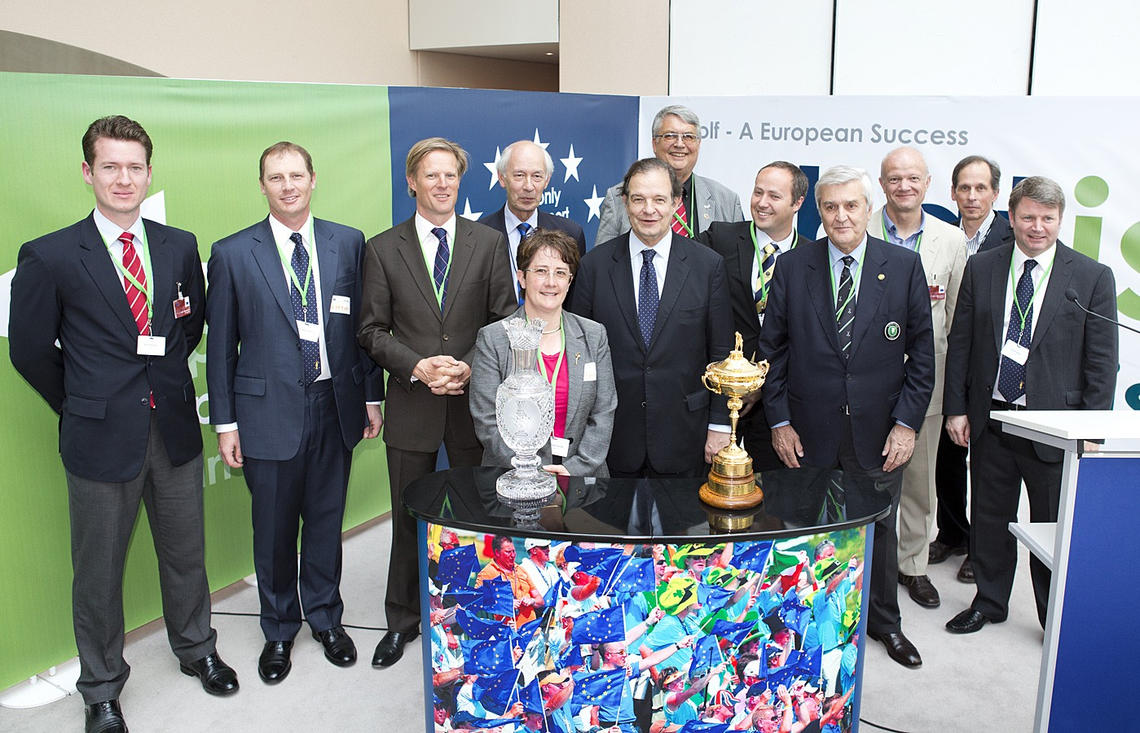 “The popularity of the sport is growing across Europe and the world, including being reinstated for the 2016 summer Olympic Games in Rio de Janeiro. Under the patronage of the European Parliamentary Golfing Society this exhibition highlights golf’s contribution to Europe in economic, social, environmental and sporting terms. It is the first time we have seen anything like this in the Parliament so this is a big moment for golf.”

Some 100 delegates from across the European golf industry came together for the exhibition and a series of break-out sessions exploring the challenges and opportunities for golf throughout the Europe.

“Golf is a major European success with contributions to make to European policy objectives to sustainability, social cohesion, healthy living and economic growth and jobs, and on top of that Europe’s professional golfers from across our continent continue to give us reason to take pride in their accomplishments,” said James Elles MEP.

Highlighting the sport’s impact across Europe, the exhibition underlined golf’s importance from an economic perspective with the industry contributing €15billion to the European economy annually; from a social perspective with 7.9 million Europeans playing golf annually; and environmentally with more than 6000 courses in Europe, up to 70% of the area of which can be used for habitat creation.