Past President of the European Institute of Golf Course Architects David Williams was appointed back in 2010 to create a Masterplan of the Harry Colt designed Championship Course (1928) at Real Golf de Pedreña, near Santander in northern Spain, one of the very few Colt courses in that country. 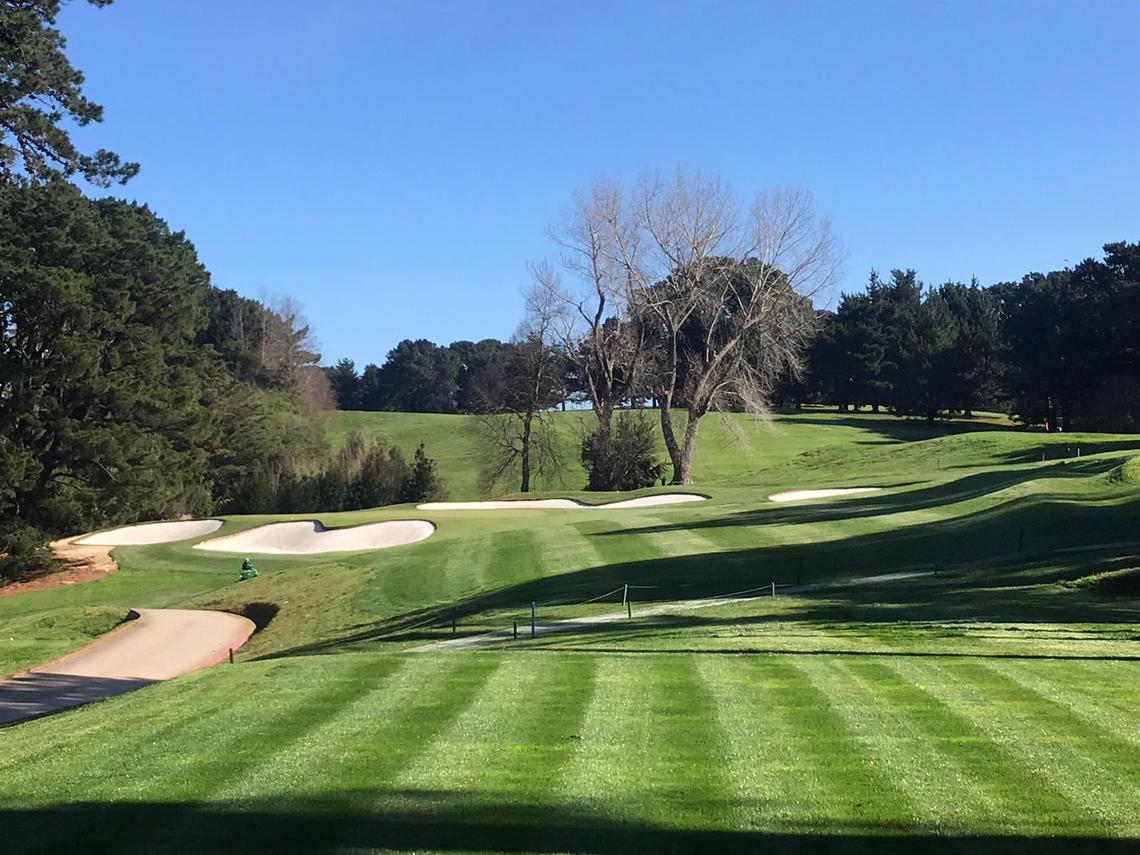 Since that time, he and the club have been slowly realising that masterplan, often re-building two or three holes a year.

As David explains, “The renovation is usually of the complete hole, with tees, bunkers and the whole green complex re-designed and re-built, with the drainage and irrigation being updated at the same time. As such, the complete hole is closed whilst the work is being done, with therefore two or three holes closed at any one time. Because of this disruption, reconstruction is normally only undertaken every alternate autumn, although the club have the advantage of also having a shorter nine hole course, also starting and finishing at the clubhouse, designed by the late great Seve Ballesteros (who was always associated with the club during his lifetime and lived overlooking the course). 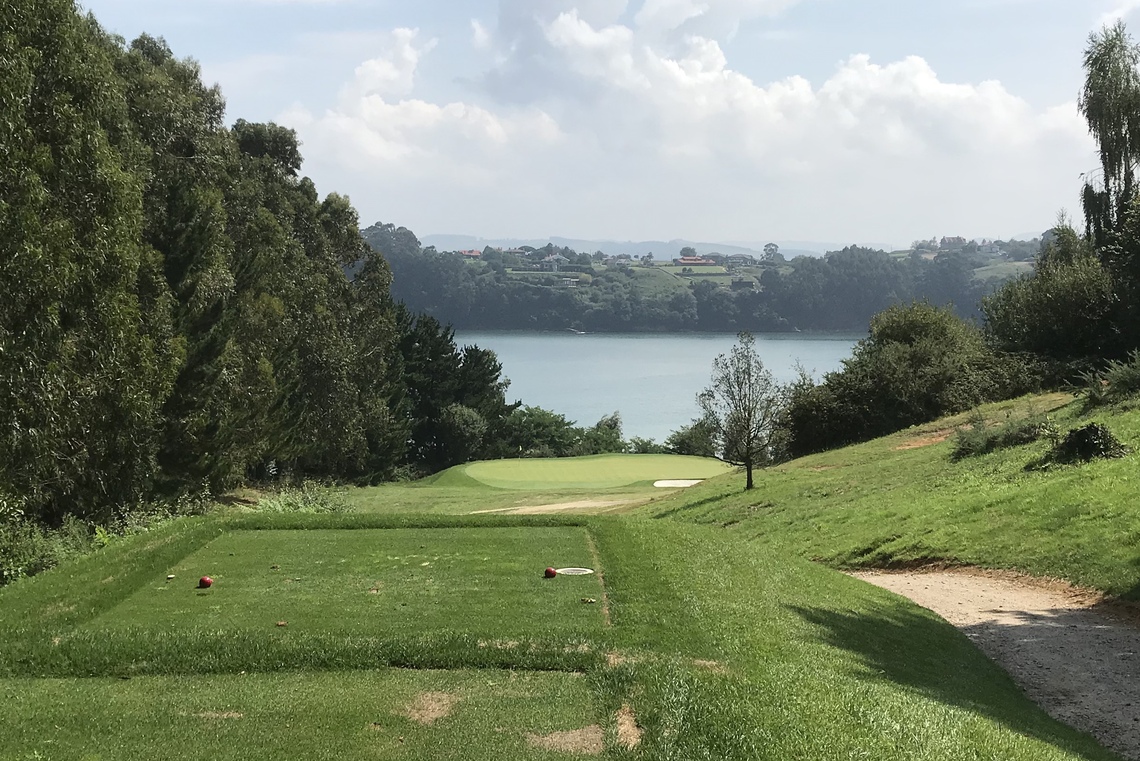 During the reconstruction period, we can replace holes closed on the main course with holes from the nine hole layout, thereby maintaining the 18 hole layout. We also use fallow years - with no re-construction on the Championship Course – by re-designing and re-building holes on the Seve designed layout, for example creating two completely new par 3 holes during the winter of 2018/19,” David explains.

However, this autumn’s re-construction work of the 18 hole Championship course included the opening hole and the par 3 seventh hole, generally regarded as the “signature hole“ of the layout. As such, it is the favourite hole of many of the club’s members, and many therefore questioned why it was being altered – or even being touched! 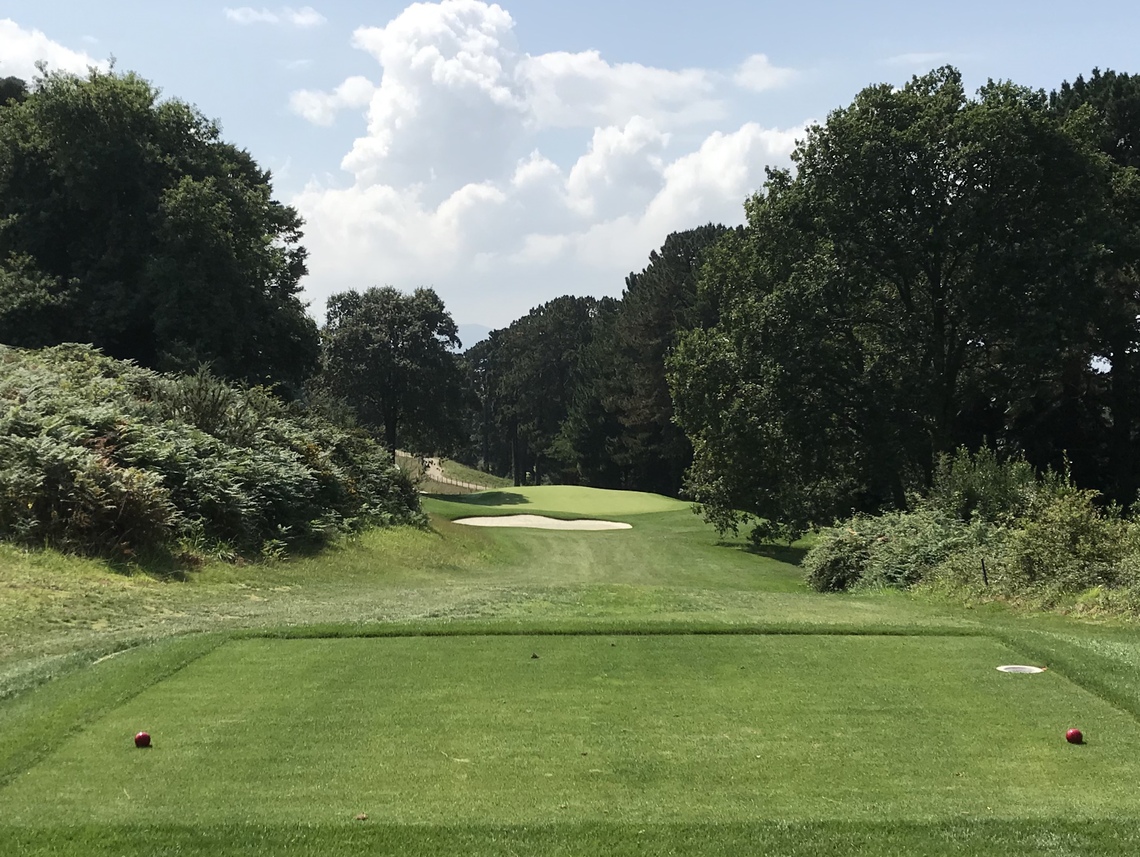 As David explains “The 7th at Pedreña is a lovely typically Colt par 3, only of medium length, but played to a green running diagonally from right to left, and guarded by two cavernous frontal bunkers and a long snaking bunker to the rear. In many ways, it was a mirror opposite to the par 3 tenth hole, which we had re-located and recreated a few years ago, but which had a left to right diagonal. 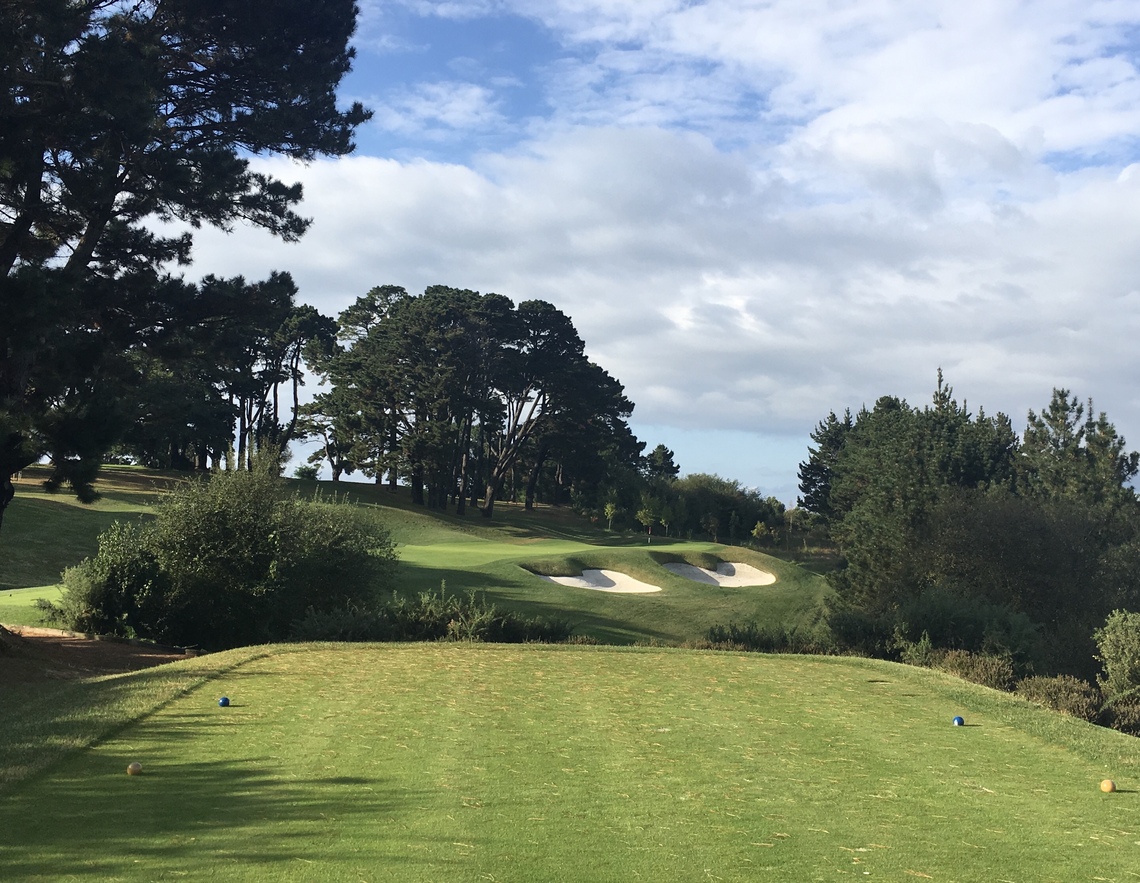 The par 3 tenth hole, totally recreated by DWGD a few years ago, is a mirror image of the par 3 seventh hole

However, although the 7th was many member’s favourite, we still felt that there were many ways in which the hole could be improved. The green had very little pin-able area, less than 10% of the putting area being suitable for pin positions with today’s faster green speeds. All bunkers showed wash-out after heavy rain, and the rear bunker was out of sight from the tee. An original Colt approach bunker had been filled in, as it was also invisible from the tee.

Trees to the left of the tee and green had grown in to such an extent that it was not possible to hit a straight or faded shot to left hand pin positions, and there were many unsightly visual aspects to the hole, including unnecessary paths and exposed concrete land drains.

To describe these to the members, we produced an photograph, annotated in both English and Spanish, to explain to all the members all these issues and to explain why we were “digging up” their favourite hole, and, as it was produced before we started work, hopefully had most members in agreement before the construction team arrived on site. 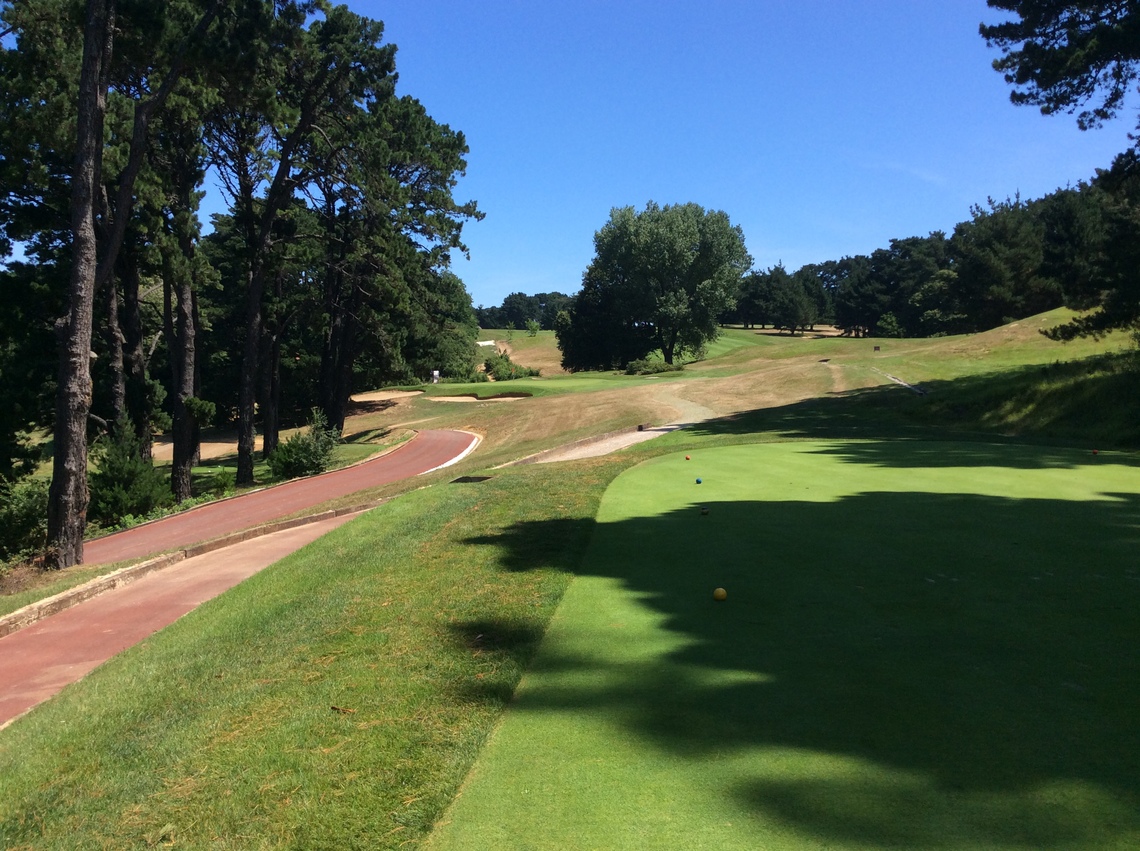 The par 3 seventh hole, before re-design and re-building

The construction work was undertaken by JeriGolf of Jerez, who had also built the two new greens on the 9 hole course the year before. Although work started in early autumn, long periods of rain delayed the works, which were finally completed in February 2020.

The north coast of Spain has a relatively high rainfall, so the re-design of the bunkers included the provision of Durabunker edging and a Better Billy Bunker base, features which have now been introduced into all recent redeveloped bunkers at the course.

After over six months of viewing the transformation as they walked past the hole en route from the 6th green to the 8th tee, members are looking forward to playing the revised hole when it re-opens for play in early spring.