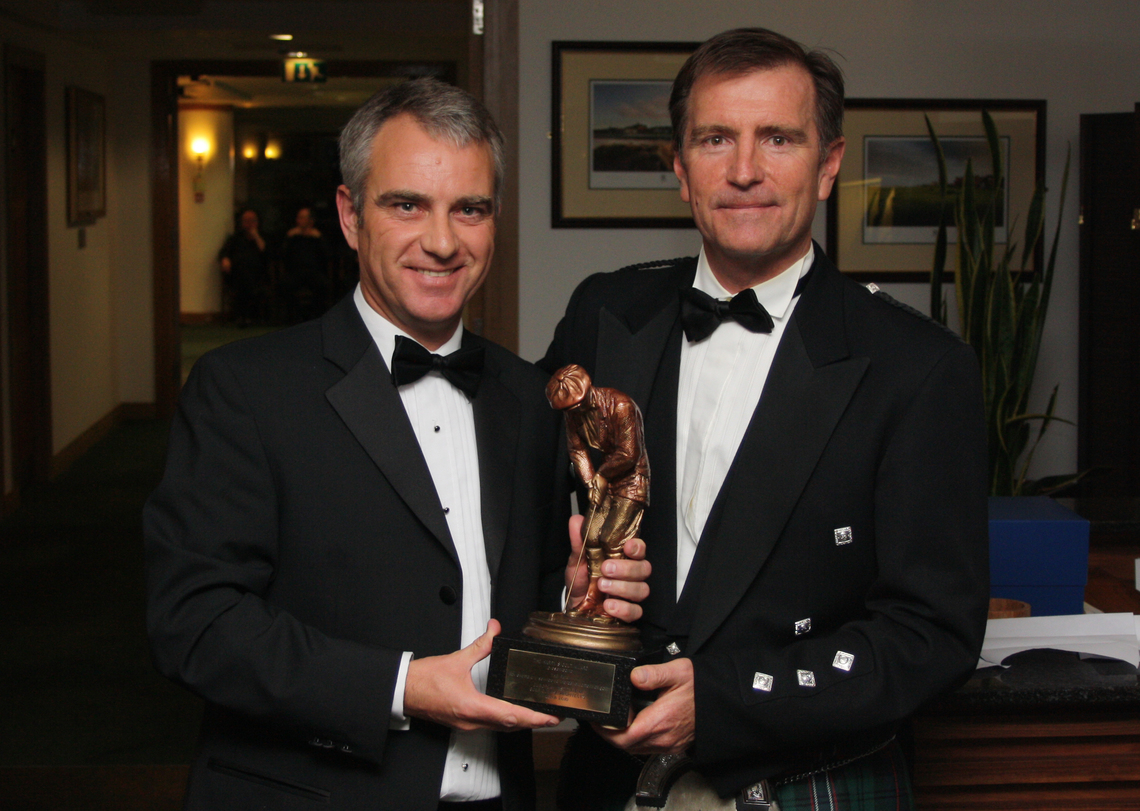 The European Institute of Golf Course Architects has presented its first Harry S Colt Award to The R&A. The trophy, which is awarded to a group or individual for their outstanding contribution to golf, was presented at the culmination of EIGCA’s 10th anniversary meeting which hosted The World Forum of Golf Architects held last week in St Andrews.

Speaking after the award EIGCA President David Krause commented “I can think of no more deserving recipient of our Harry S Colt Award than The R&A. Their contribution to the organisation and development of golf since the earliest days of the sport has been the major reason why golf has become such a popular sport all over the world. Their continuing support of initiatives to spread the game around the globe at both junior and senior level is not often realised and it is my great pleasure that the EIGCA have chosen The R&A as the first recipient of their Harry S Colt Award. It is especially appropriate as our annual conference and AGM is being held this week at the Home of Golf”.

Accepting the award at the Gala Dinner to mark the end of the World Forum, Duncan Weir, The R&A’s Director of Golf Development, expressed his delight at having received the award, “It gives me great pleasure to accept this award on behalf of The R&A. Each year we give out many prizes and awards but seldom receive any which makes this so special. We are looking forward to staging another successful Open Championship here in St Andrews in July and, of course, to continuing our support of golf’s development worldwide”.