Past President of the European Institute of Golf Course Architects (EIGCA) and Principal of David Williams Golf Design, David Williams has been appointed by owners Grupo Satocan to undertake a review of the two 18 hole courses at the Salobre Hotel Golf Resort on Gran Canaria. 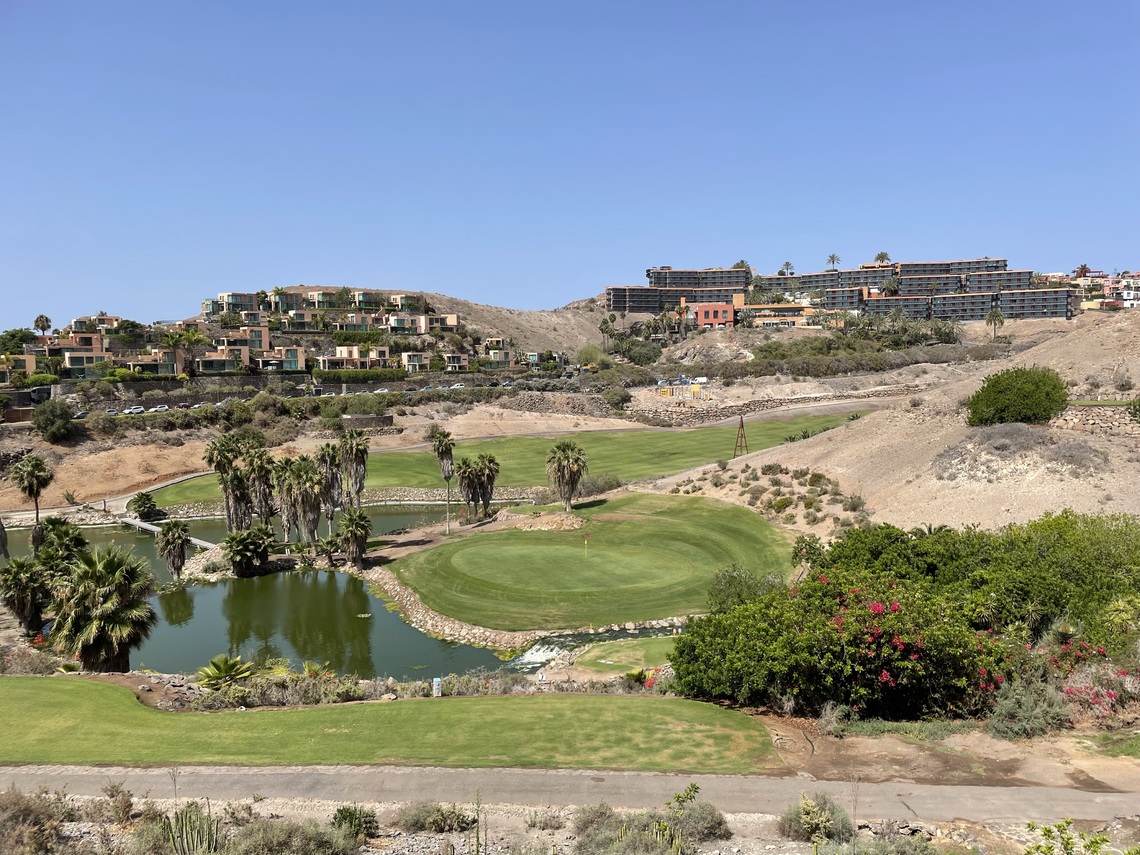 The Old/South course at the resort was opened in 1999 and British architect Dave Thomas was initially involved in the layout, although the detailed design was undertaken by Roland Favré. It measures 5,825 metres off the back tees, with a par of 71, and is a typical resort course, not too long but with a variety of hazards including water and ravines, as well as sand bunkers and waste areas. 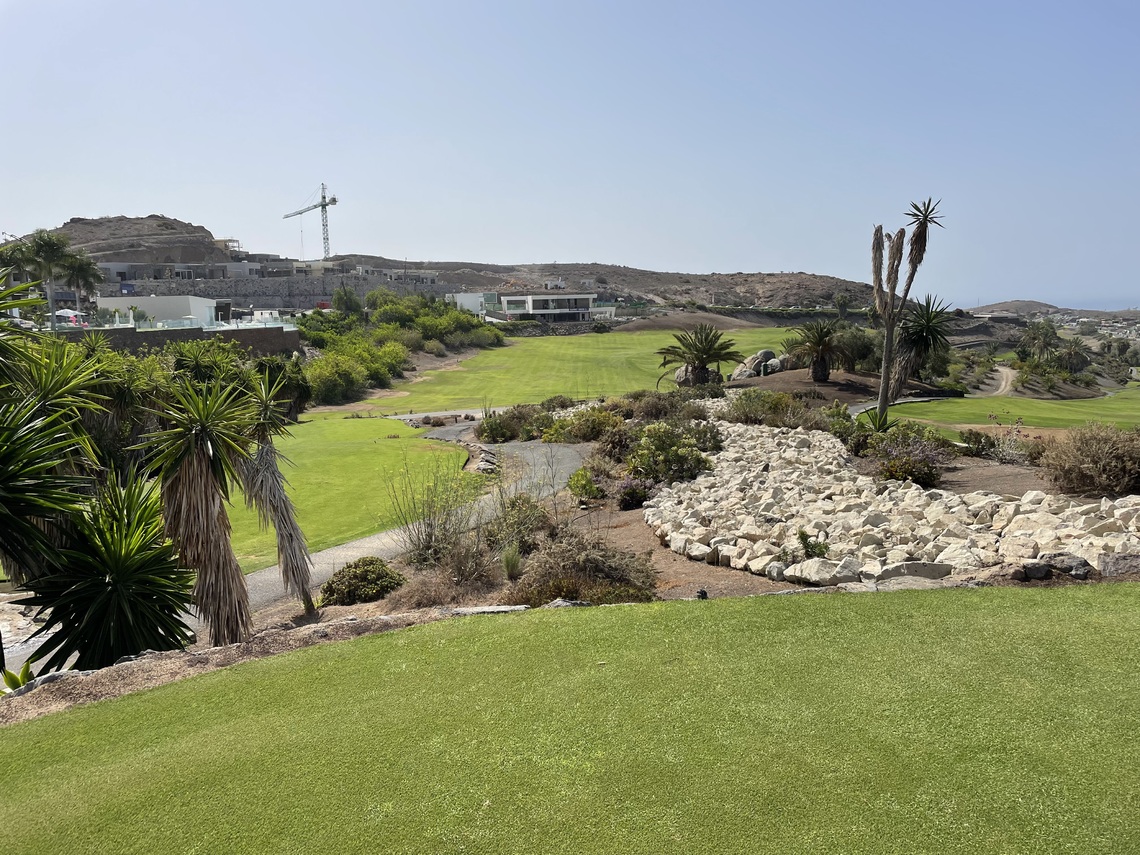 In contrast, the New/North Course is in a much more open unspoilt landscape, although an extremely dramatic one, with steep ravines to cross on many holes, and tees (and some greens!) precariously sited on sides of steep slopes. The course was opened in 2008, with American architect Ron Kirby involved in the early routing of the holes. Although not a long course, at only 5,239 metres off the back tees with a par of 70, the course features many challenging holes, with dramatic drives, second and even third shots over dramatic shrub covered and cactus filled ravines. 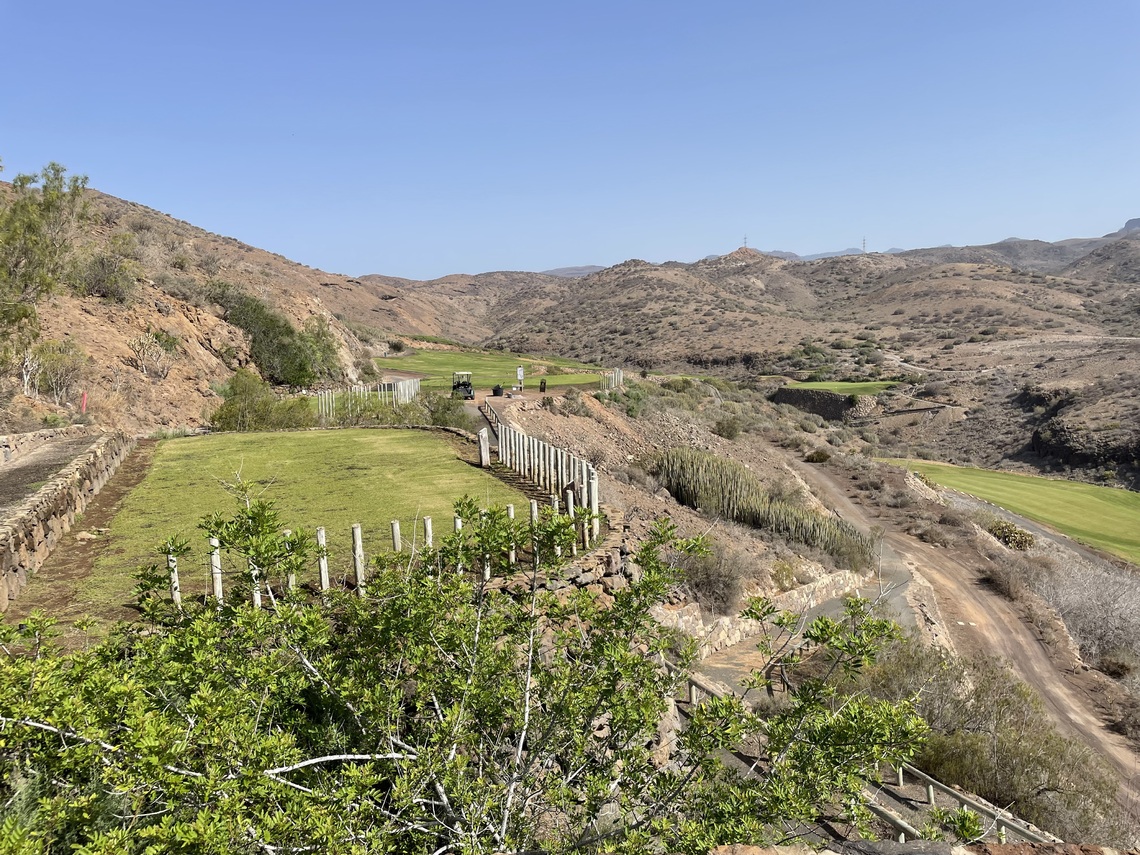 The New/North Course is routed through a dramatic unspoilt landscape, as typified by the par 5 third hole, with the tee in the foreground, the fairway in the centre and the green across the ravine in the distance - Copyright David Williams

However, the New course closed for play at the beginning of the pandemic, although it is intended to re-open nine holes (nos. 1 to 3, and 13 to 18 – the nearest nine to the clubhouse) later this year, in time for this winter, the busiest period in the Canary Islands golfing season. The Masterplan will include the measures required to bring the other nine holes (nos. 4 to 12) back into play in future years. 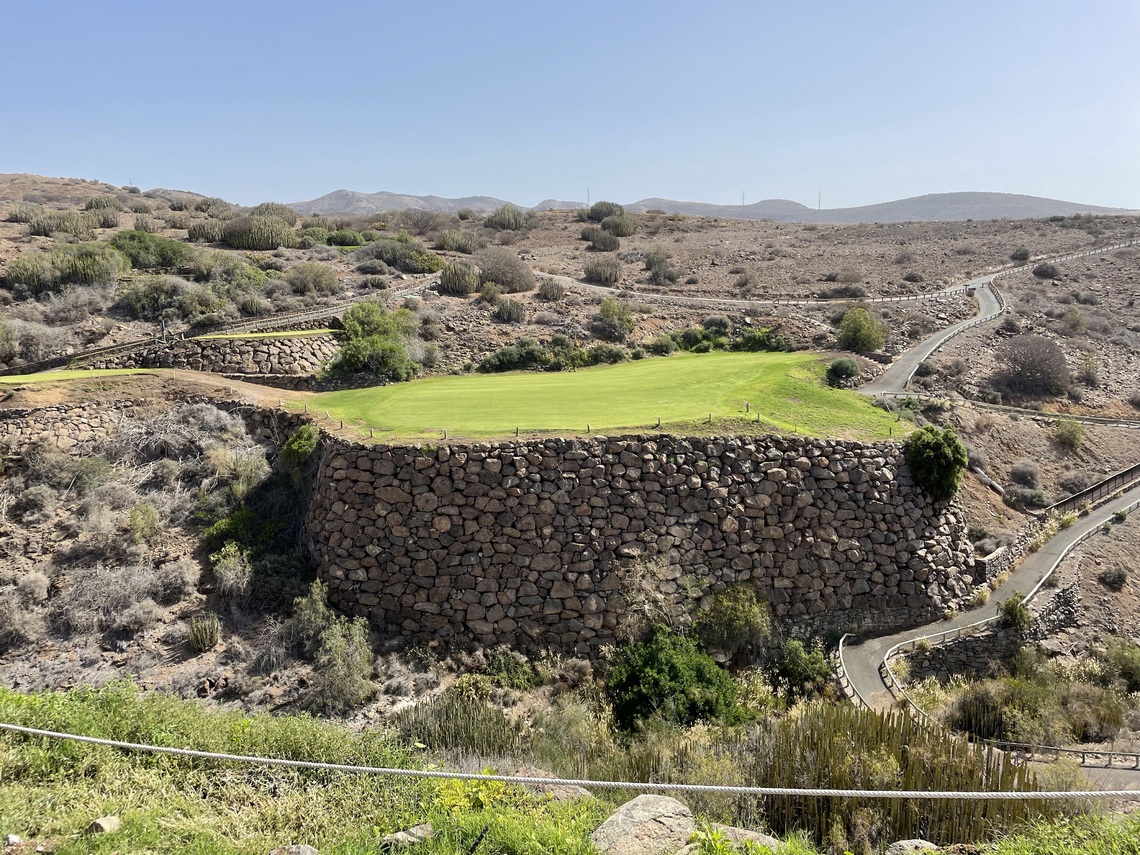 David Williams explains “We were initially contacted by Juan Miguel SanJuan y Jover, President, and Jose Julio Artiles, Chief Executive, of Grupo Satocan, owners of the complete resort, when they heard my presentation of my masterplan to a special EGM of members at Real Club de Golf de Las Palmas (the oldest golf club in Spain), situated in the north of the island, earlier in the year. Javier Suarez, formerly CEO of RCG Las Palmas, effected the introduction.

Following our appointment, I made a very useful week-long visit to Salobre in July 2022, inspecting both courses in detail with Alejandro González, Director of Golf at the resort, during which the main issues concerning the two courses were discussed in detail. The major issue is improving the sustainability of the courses, including a proposal to make a large reduction in water usage by greatly reducing grassed areas, and introducing areas of picón (local sand) in carry areas and off all fairways. To this end, we had useful meetings and inspections with Luis Cornejo of Surtec Golf Agronomy, who have been appointed to advise the resort on agronomy and irrigation issues, and with whom we have previously worked on other golf projects in Spain.” 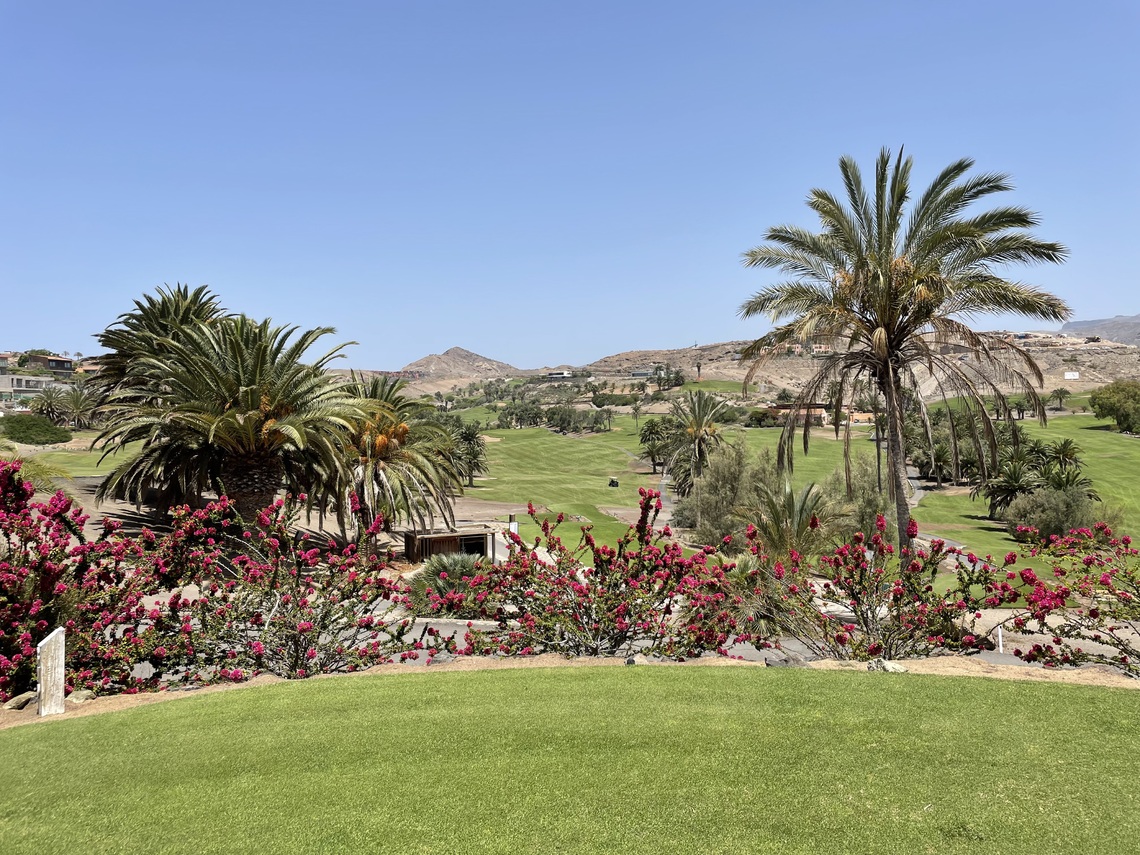 Another major issue is dealing with the continuing effect of housing development to the Old Course, where recent building has encroached on safety values. Re-positioning and re-alignment of some tees and additional bunkering is being considered to improve the experience of golfers and house owners.

Bunkering is a major consideration, and the analysis, re-location and re-design of all bunkers throughout the 36 holes is being undertaken, with the possible introduction of bunker lining and edging materials to improve their appearance and prolong their lives.

David continues “I am a great advocate of making resort courses such as these at Salobre an enjoyable experience for the casual holiday golfer and regular higher handicap players, whilst at the same time making it a more challenging test for better players. Our re-grassing and re-bunkering designs will all be geared to meeting these two seemingly opposite aims, but ones which with good design, we have achieved elsewhere!”

Another challenge is the relationship between the two courses, given that they are also in competition with other courses on the island, which has half a dozen courses competing for the holiday golfer. As David explains “One particular challenge at Salobre is the difference between the two courses. The Old is a typical resort course, mainly surrounded by housing but providing the holiday golf experience so loved by visiting players. In contrast, the New is in a wild and untamed landscape, with far-reaching views without any glimpse of buildings or other development. So emphasising that difference is one of the challenges to be met in the masterplan. 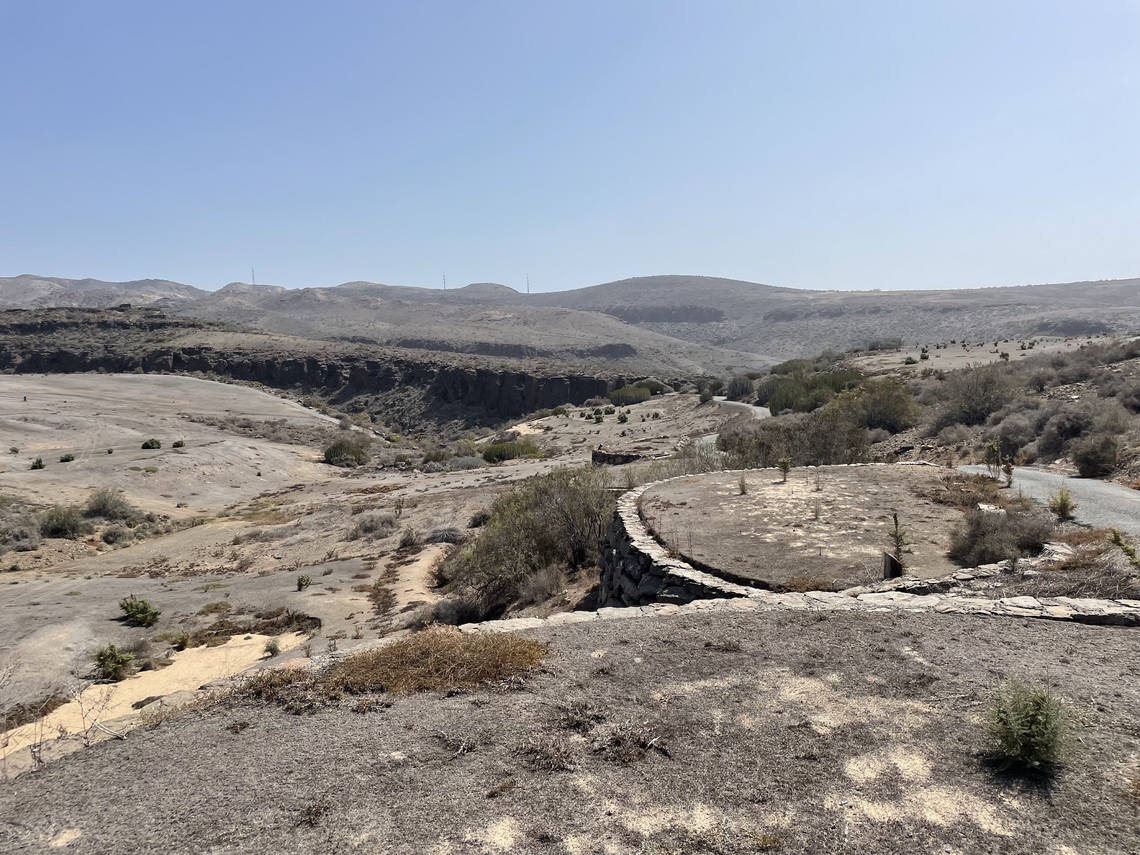 However, one issue is that the Old Course is much longer, almost 600 metres longer than the New Course, and is therefore seen by most players as the stiffer test, and therefore often chosen by better players if they only play one round at the resort.

However, many of the most difficult shots on the two courses are on the New, with dramatic carries from tees, or for second and third shots over ravines, whereas in contrast, the Old Course has far fewer difficult or long carries.

One challenge therefore as we prepare to bring the complete 18 holes of the New Course back into play is to create the correct balance between the two courses, especially as it is not deemed desirable to lengthen the New Course. The challenge is therefore also to explain to all players that, whilst being the shorter course of the two, it isn’t automatically the easiest”.

The aim is complete the written masterplan by later this autumn to enable the resort to start its implementation later this year and continue the improvements over the next few years.