After a gestation period of over four years, David Williams, Past President of the European Institute of Golf Course Architects, was finally able to present his Masterplan to all members of Real Club de Golf de Las Palmas, the oldest golf club in Spain, at an Extraordinary General Meeting of the club on Tuesday 14th June 2022. 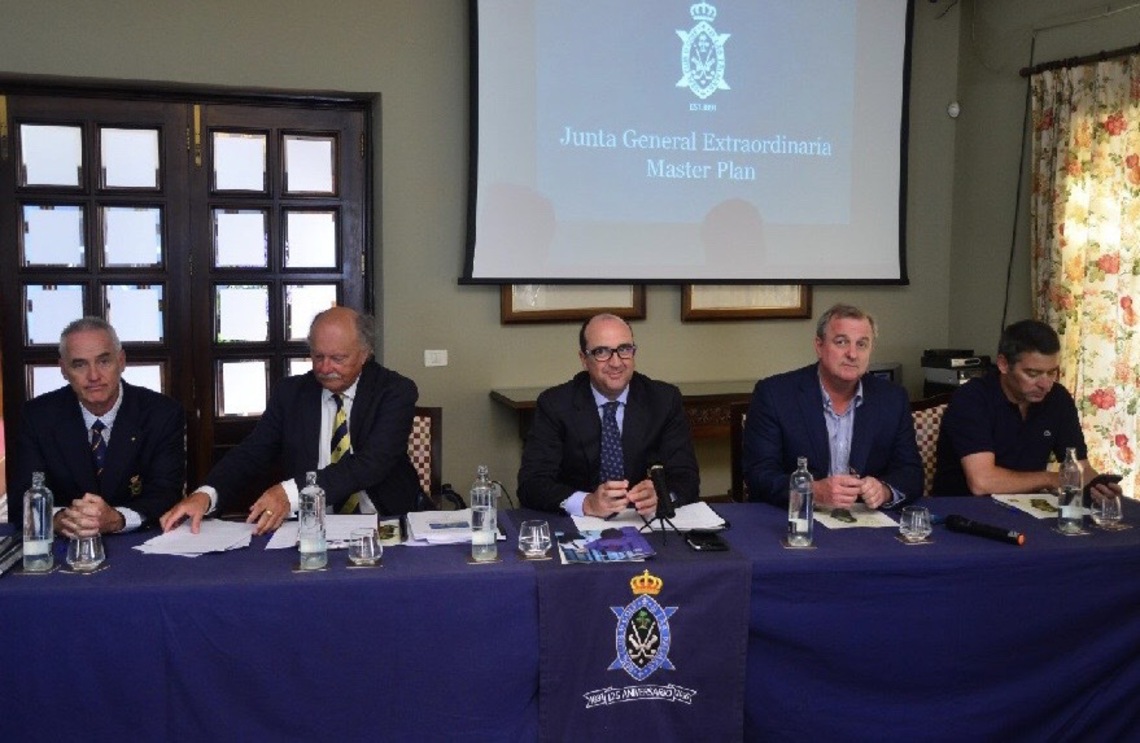 The club, founded in 1891 on a site near what is now very close to the centre of the city of Las Palmas, on the island of Gran Canaria, moved to a new location in the 1950s on the edge of an extinct volcano at Bandama, a few kilometres away to the south. Leading British golf architect, Phillip Mackenzie Ross was commissioned to undertake the design, and it was that course which formed the basis of Williams’ masterplan.

As David explains “We were initially commissioned by the club back in 2018 to create the masterplan, and produced the initial draft and first modification later that year. After sending out the plan to the members for their comments, the Covid19 pandemic struck – so delayed the formal meeting until this year, although I was able to make another visit in October last year. 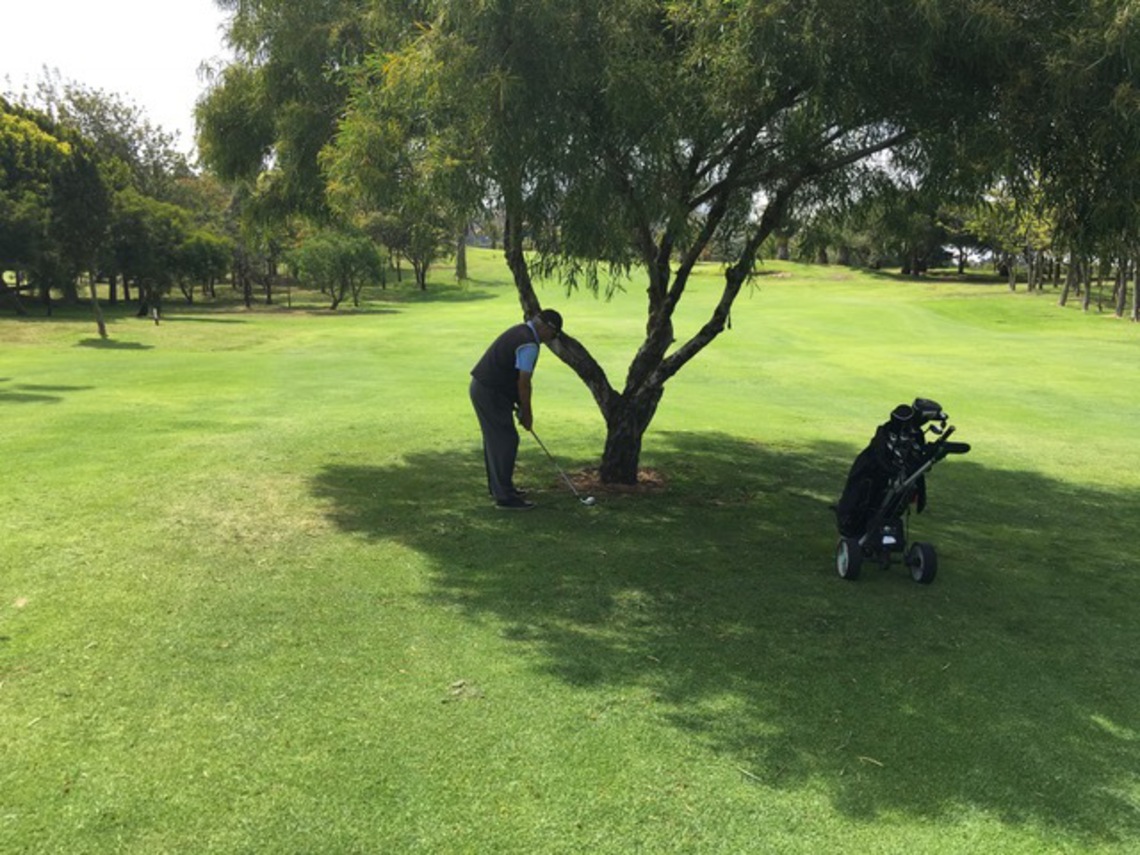 Having a tree right in the middle of a narrow fairway does not seem to be fair! - Copyright David Williams

During my presentation to the meeting, I commented on a remarkable coincidence. Mackenzie Ross had been elected the first President of the then British Association of Golf Course Architects when it was formed in 1972. Over 25 years later, when the current European Institute was formed by the combination of a number of individual associations, including the British, I was elected as its first President!

My masterplan concentrated on a wide range of course issues, but essentially could be summed up by ‘ making the course easier for the less good golfer, but more testing for the better player’.

The former will be achieved by removing unnecessary bunkers which only threaten the shorter hitters, including many sited behind the greens, none of which were part of Mackenzie Ross’ original designs. Four holes had trees right in the centre of relatively narrow tree-lined fairways, and generally at the drive distance of shorter to average drives. 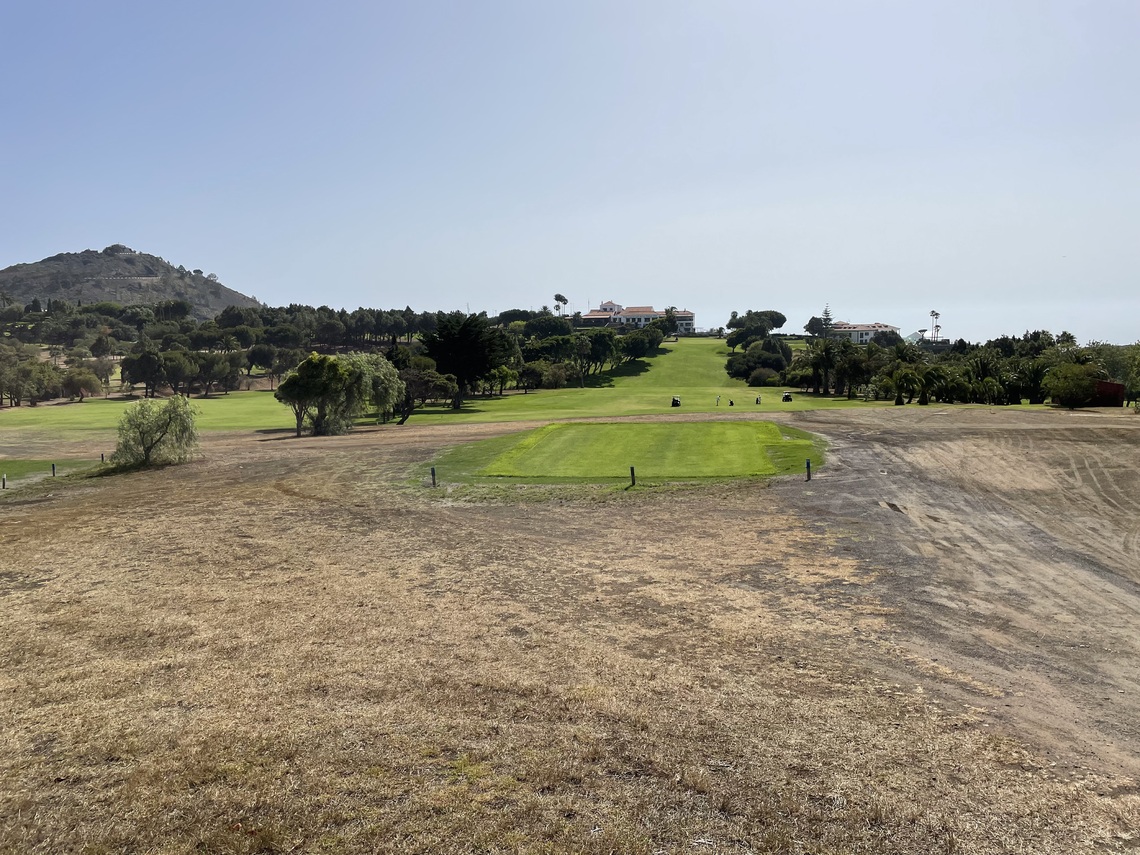 Perhaps the biggest beneficiaries will be the ladies, whose current tees are all far too far back in relationship with the men, with none falling into the desired 80% to 85% ratio from the men’s general play tees. In consequence, all holes will receive a new set of ladies tees, bringing the tees up to four in number on each hole. Given the general agreement to this proposal, work had already been completed on a few new tees, including the par 5 9th and 18th holes , which were inspected during the visit.

In contrast, the three relatively short par 5 holes all had totally unguarded fairways with relatively wide landing areas between the tree lines. The masterplan has introduced drive bunkering on all three holes, at drive landing distance of better players to introduce an element of strategic ‘risk and reward’ for such players to the three holes. 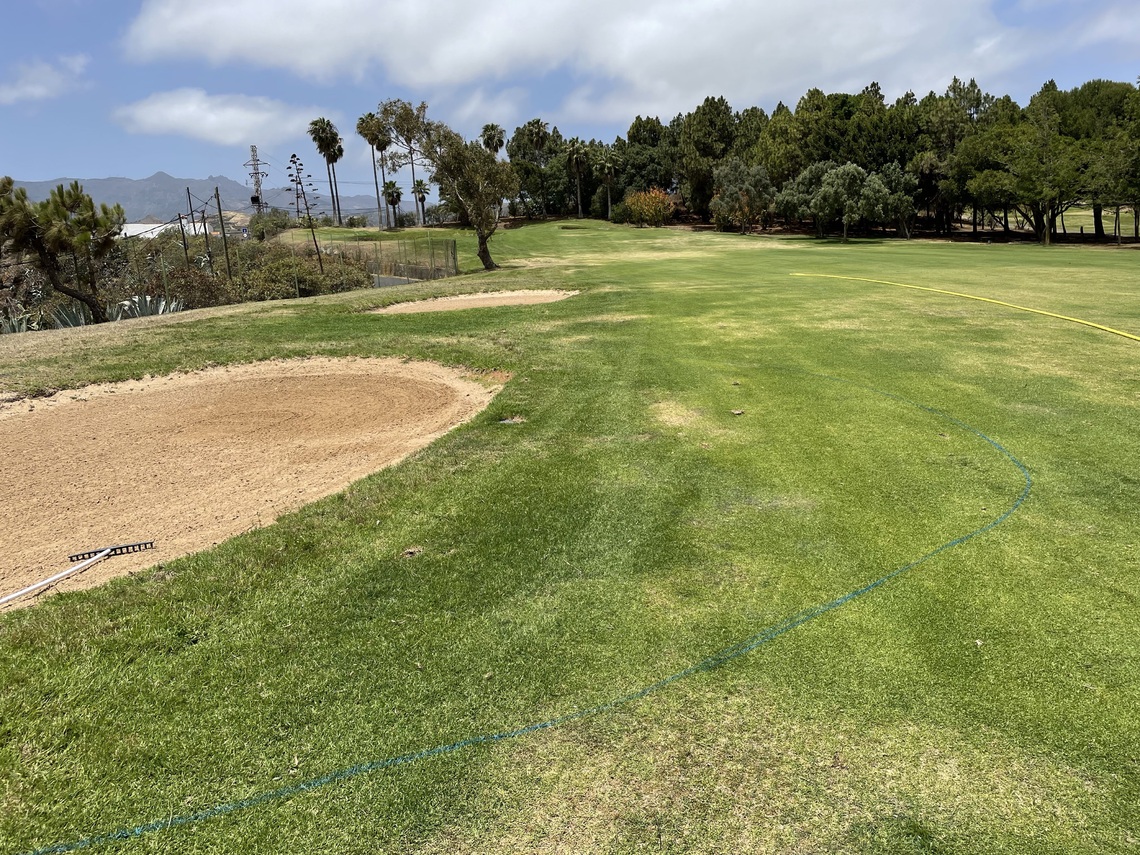 The masterplan discusses all the existing bunkering, and new methods of lining and edging to effect a playing and visual improvement. An important chapter also focussed on sustainability, where the masterplan’s suggestion of eliminating irrigation to all the carry areas has already been started.”

The masterplan, as well as containing existing and proposed hole descriptions and plans, also included copies of Mackenzie Ross’ original green designs with comparison with their existing versions. Other topics within the plan included possible location for a course reservoir, improvements to practice facilities (including the provision of a new Short Game Practice Area), the overall balance of the course, trees (the course was wide open in Mackenzie Ross’ time!), soils, paths, the effect of the wind and rain on the course! 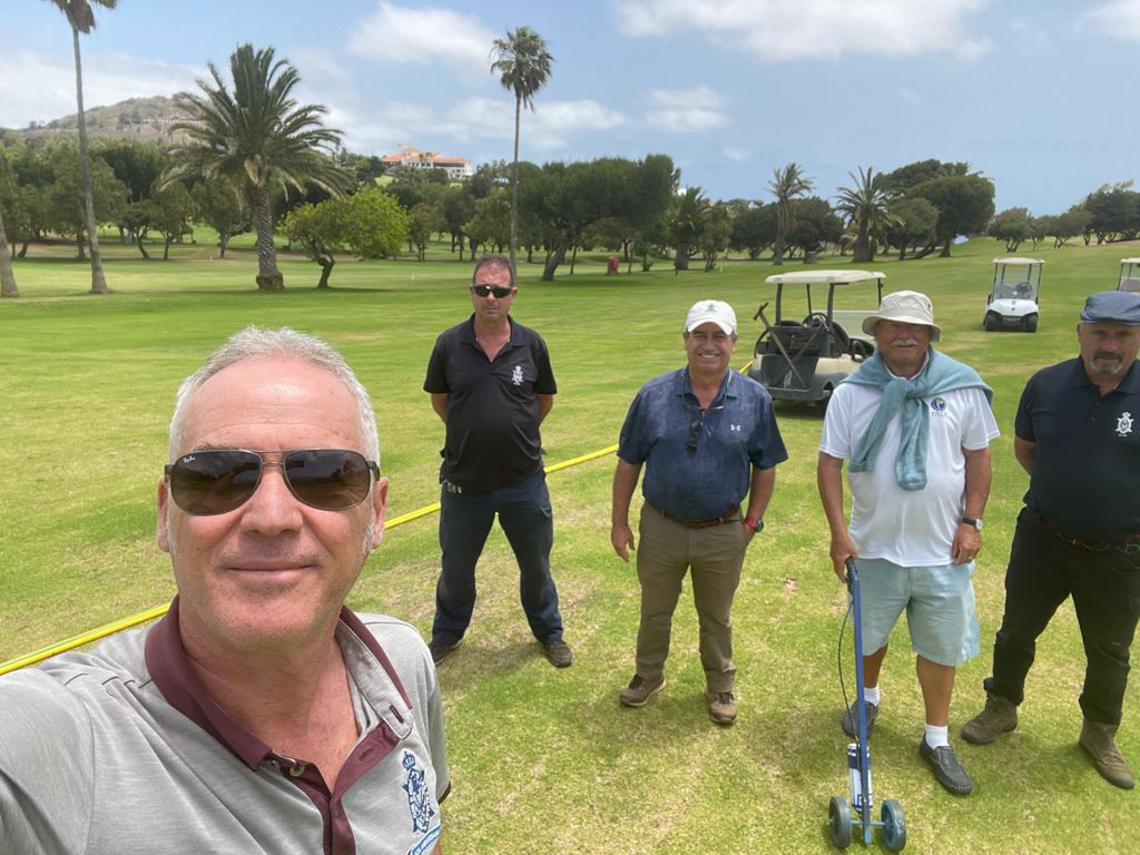 The General Meeting, chaired by President Salvador Cuyas Morales, unanimously approved the Masterplan, which will now form the basis of all re-construction work at the course over the next few years. Club Captain Mark Hammond and former General Manager Javier Suarez Fuentes also spoke.

The majority of the recent existing re-construction work has been undertaken by the existing greenstaff, lead by relatively new Head Greenkeeper, Fernando Suarez, who has considerable construction experience. During his visit, David joined the Greens team in marking out projects to be undertaken in the next few months, where although the weather and climate is ideal, it is the low season for Canary Islands tourism, where the winter months are busiest, especially in golf tourism.