Agustin Pizá MEIGCA was commissioned to develop a restoration Masterplan

Pizá Golf, internationally recognized as a world-class architecture and golf course design firm, is proud to announce that company founder Agustin (Augie) Pizá conducted a golf course analysis and designed a restoration masterplan for the Club Tijuana Campestre or in English referred to as the Tijuana Country Club. 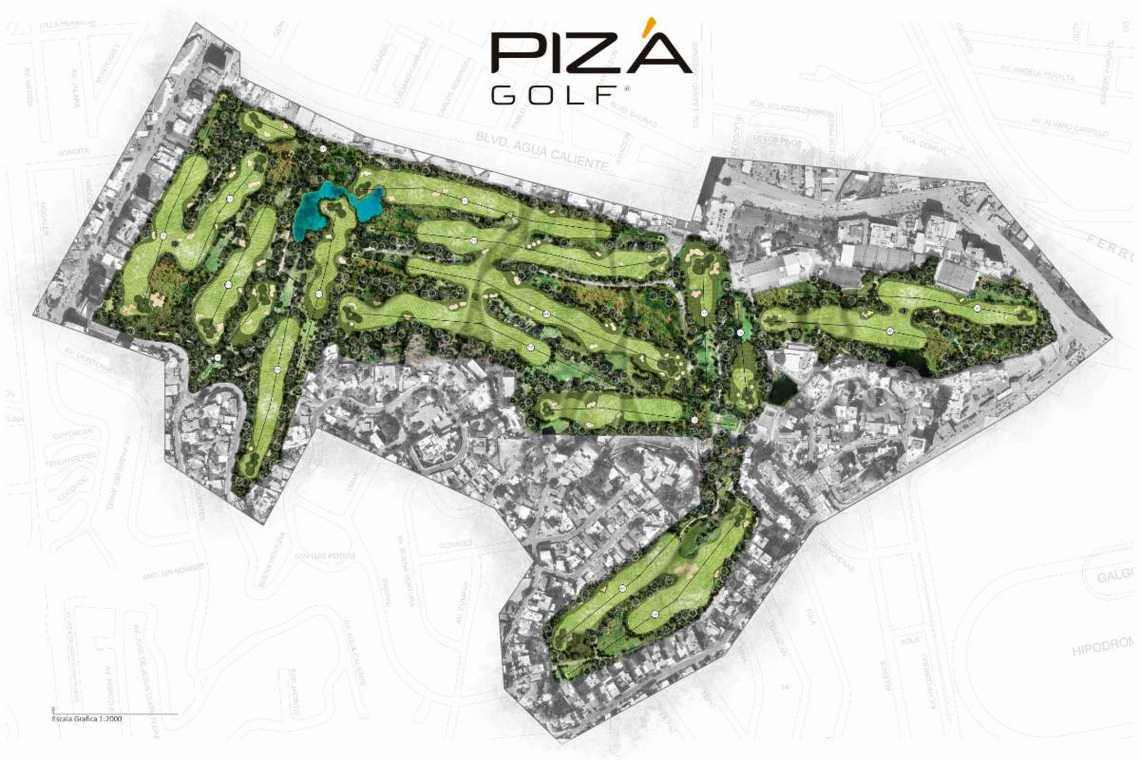 The Tijuana Country Club is in Tijuana, Mexico, 15-minutes from downtown San Diego, CA and has a rich and treasured history. The golf course was designed in 1927 by William P. Bell, founding member of the ASGCA, during the golden age of golf course design and was originally part of the Agua Caliente Club. A resort that provided a luxury lifestyle during the prohibition era. Celebrities, politicians, and wealthy businesspeople would travel south across the border to enjoy libations and the world-class amenities, which included a racetrack, casino, and health spa.

The celebrated golf course was host to the Agua Caliente Open in 1930, a PGA TOUR event. The inaugural golf tournament offered the largest purse at the time and was won by Gene Sarazen. After the prohibition era, the renowned golf course was closed for an extended period but reopened and remains active today. The Agua Caliente tournament was re-branded and enjoyed a second incarnation briefly in the 1950s, named the Tijuana Open.

“Augie was commissioned and presented a restoration masterplan. We are waiting and hopeful the membership gives us the green light to begin on the execution. It would be amazing not only for our club, but for the city and to be honest, for all Mexican golf. To have a golf course so rich in history and complete with a modern-day restoration will reestablish our club and its pedigree,” said Oscar Foglio, Member of the Tijuana Country Club.

“For me, this extraordinary restoration is like finding buried treasure. Beneath the existing golf course lies a golf course that should be, historically speaking, synonymous with Cypress Point, and Pasatiempo. The Tijuana Country Club is a gem, a hidden masterpiece that played a key role in the golden age of golf course architecture,” said Pizá. “Our goal was to interpret Bell’s masterful design concept with the hope of restoring the golf course back to its glory years.”