When David Williams, Past President of the European Institute of Golf Course Architects, was asked in 2010 to prepare a detailed report and Masterplan for the Championship Course at Real Golf de Pedreña, near Santander on the north coast of Spain, he probably did not envisage that the implementation of that masterplan would result in twelve years of fairly constant re-design and re-construction of the layout. 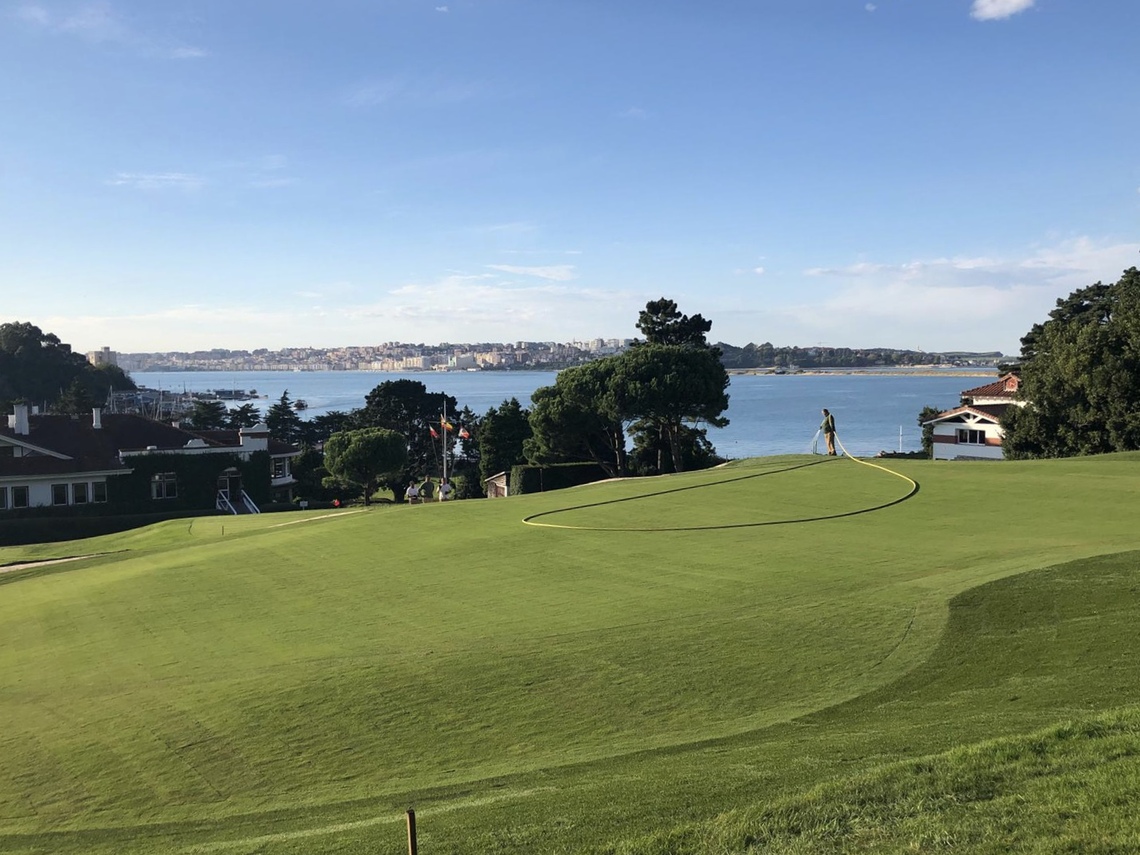 Designed by Harry Colt, one of very few of his designs in Spain, it was described by equally renowned golf architect Tom Simpson as “the best golf project by Harry Colt on the continent”. Opened in 1928, the course has hosted the Spanish Open on three occasions, most recently in 1988. However, in more recent years, its main claim to fame is its association with the late great Seve Ballesteros, who was born in the village of Pedreña and in consequence, played most of his early golf at the club, where his final home overlooks the course.

As David explains “We were initially commissioned by the club not only to create a long-term Masterplan, but also to advise the club on the greens, which had been re-built about ten years earlier to USGA standards, but which unfortunately had led to many of the greens having very little pin positions, a situation that the club wished to remedy. 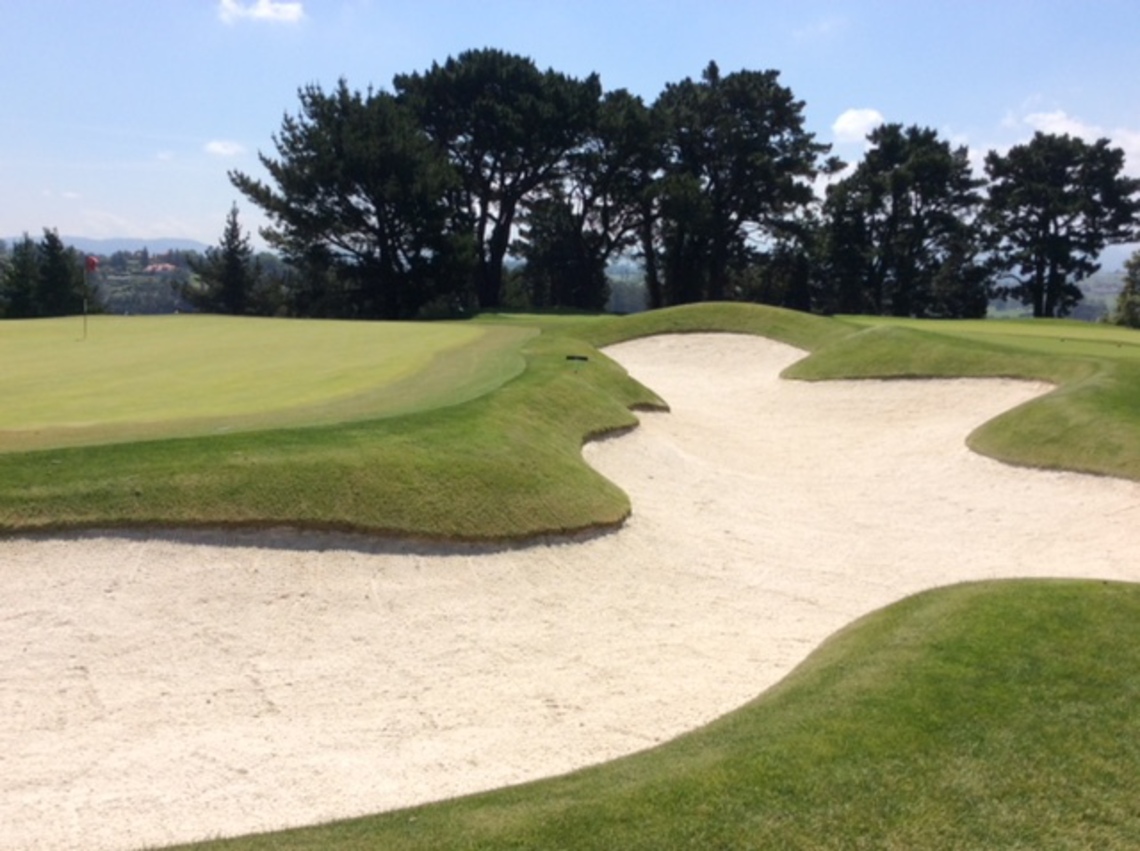 The problem had been caused by the green re-building – intended initially just to recreate the existing green contours in the new specification – being undertaken by a local contractor and without the oversight of any golf architect. So greens which in many cases had been multi-tiered with fairly level terraces were incorrectly re-built as one long slope. So much so, that after we had surveyed all the affected greens and produced detailed plans illustrating the pin-able areas at varying green speeds, we were congratulated by the Head Greenkeeper, who said he now would be able to answer the members when they asked him why the, on some greens, the pin was always placed in relatively the same position every time!”

On receipt of the DWGD Masterplan in November 2010, the club determined to implement Williams’ proposals over a series of years, generally totally re-building two or three complete holes every other year. This alternate year timetable was to ensure that members were not inconvenienced every autumn by re-building works, as the affected holes were generally taken out of play during the construction and growing in of the new features. 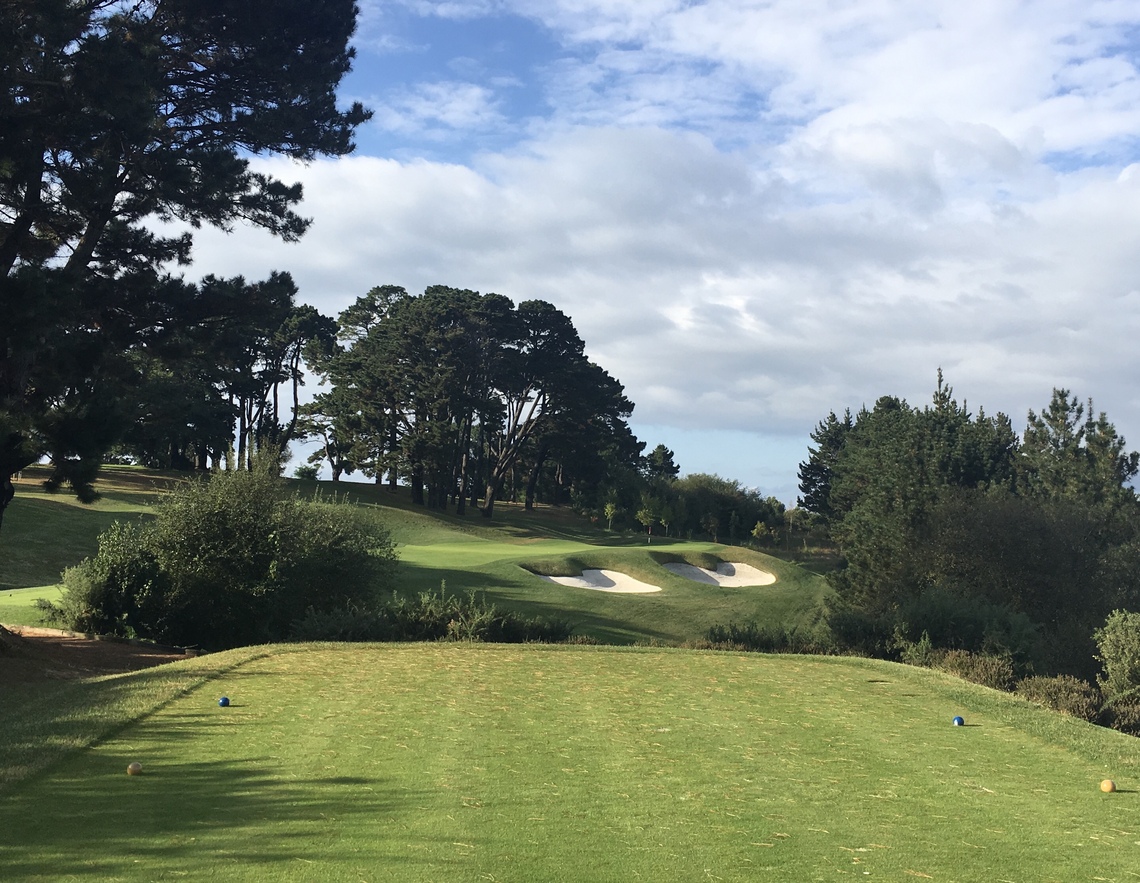 Fortunately, the club has a second course, a short 9 hole layout designed by Seve Ballesteros which also starts and finishes at the clubhouse, so when holes were taken out of the main course for re-construction, members and visitors could replace them with a similar number of holes from the Seve course.

As Williams explains “The club took the decision to fully re-build a hole when it was closed, so a majority of tees and all the bunkers on the course have been re-built over the past twelve years, with since 2016 all bunkers re-constructed using Better Billy Bunker linings and Durabunker edgings. Many of the bunkers have been re-designed and re-positioned to better reflect modern play, although many original Colt bunkers – abandoned in previous years – have been re-opened to recreate the historic challenge of the holes.”

Seven of the eighteen greens have been totally re-designed and re-built, generally those which suffered the worst consequences of the 1990s re-building. Generally, drainage and irrigation lines throughout the hole were replaced and updated with each renovation. 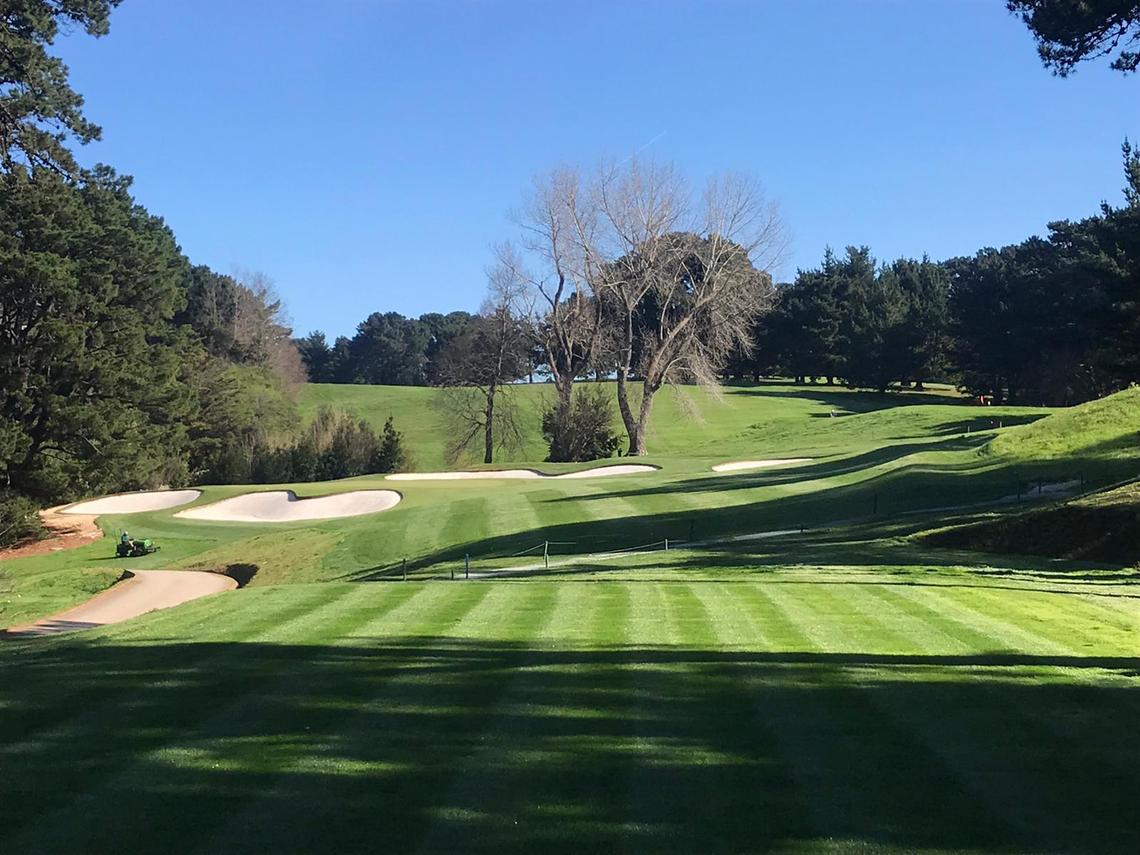 One completely new hole has been created, the par 3 tenth hole of 160 metres in length, which replaced an unpopular 190 metres long par 3 uphill hole created in the 1970s when both the 9th and 11th holes were extended from long par 4s to par 5s, with the extension of the course into adjacent land to give the current par 70 layout.

David continues “ The creation in the 1970s of the new 9th green and 11th tees unfortunately meant the loss of the original magnificent Colt 10th green complex, which stood neglected and overgrown in the carry area in front of the 11th tees, a reminder of the excellence of the original 1928 green complex, especially in contrast with the blandness of its difficult uphill 1970s replacement.
When the opportunity arose, as part of our 2015 programme on holes 9, 10 and 11, we determined to re-create that great Colt green complex, and fortunately discovered an area of similar original contours on which it could be created less than 100 metres away from the original. We surveyed the Colt original and re-created it as part of that year’s renovation programme.” 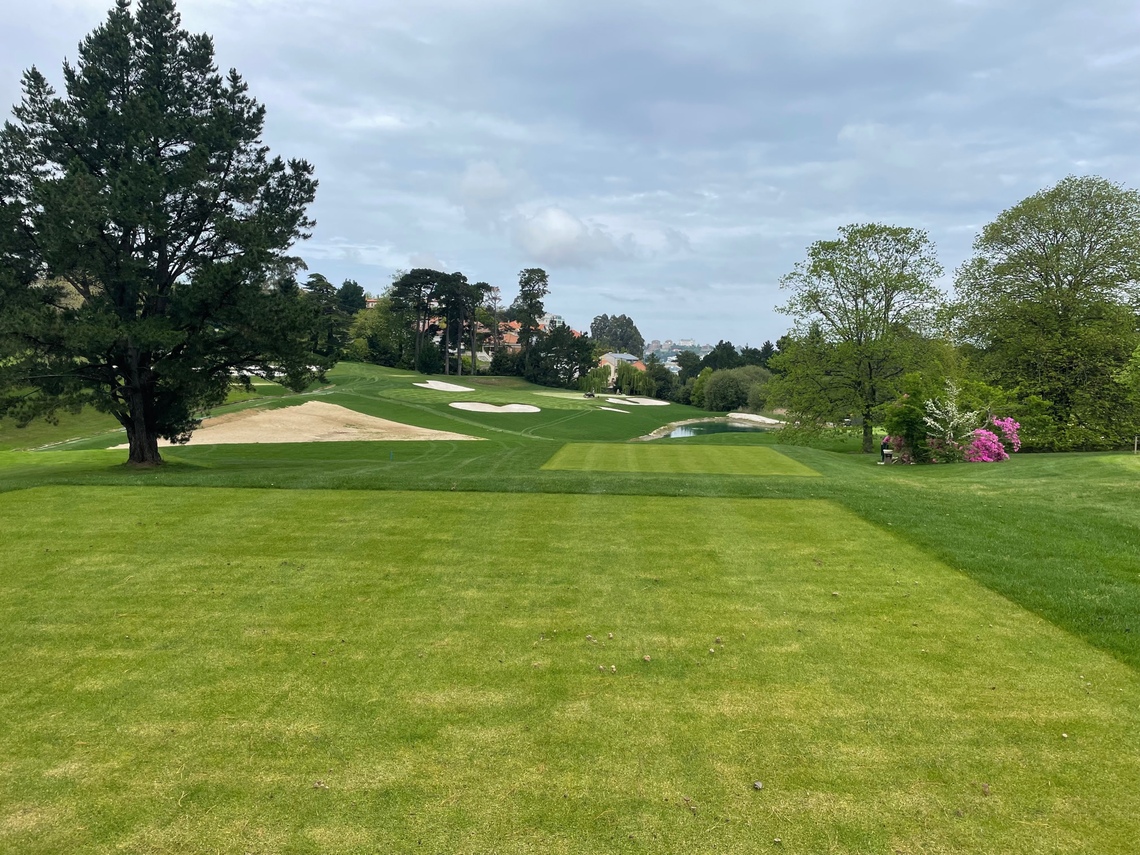 Another par 3 hole which originally caused concern amongst the members about its re-design and re-building was the 154 metre long 7th hole, generally regarded as the “signature hole” of the layout, with many members asking why anything needed to be done to what to many was their favourite hole. To convince the doubters, DWGD produced ‘before’ and computer generated ‘after’ photographs, highlighting the many issues with the existing hole – including unsightly paths, unseen bunkers, overhanging trees, a very sloping green and a number of other problems. On reconstruction of the hole in 2018, members were very soon convinced of the benefits of the re-design!

Renovation work slowed down but continued during the pandemic, with the club taking the decision to concentrate on those few holes which only required bunker renovation, with DWGD providing detailed plans and remote supervision, given the impossibility of overseas travel.

However, with the resumption of international travel, this recent autumn and winter’s work has seen the total renovation of the long par 3 second hole and the difficult long par 4 fourth hole, rated no 1 in difficulty in the Stroke Index, the final two holes requiring major transformation in the masterplan. 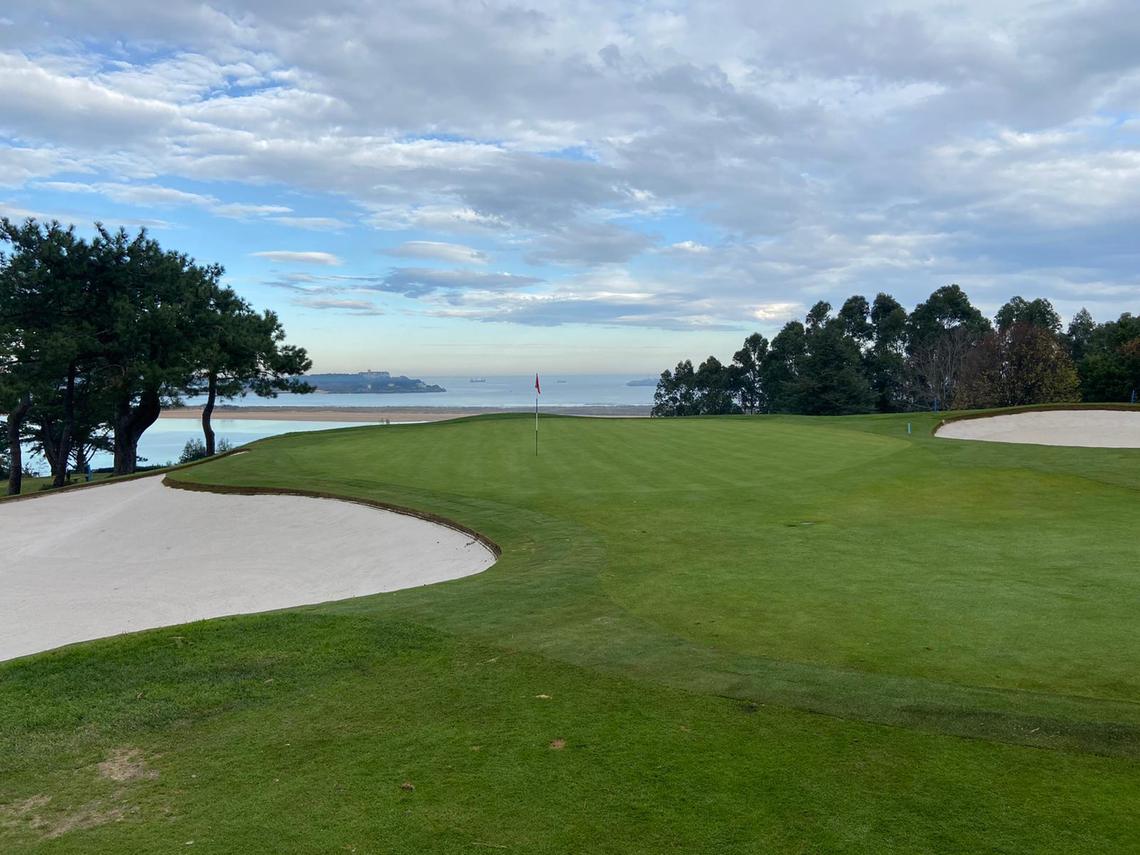 Tree removal, as shown behind the 14th green, has opened up magnificent views - Copyright David Williams

David describes the work undertaken “On the second hole, not only have we renovated all the existing bunkers but have also re-opened two original Colt approach bunkers, who had been grassed over in recent years. It is now a very dramatic, but equally difficult, slightly downhill long par 3 and very picturesque.

On the fourth hole, we have created additional teeing area and re-opened an abandoned Colt fairway bunker, as well as dramatically changing the green contours to create far more pin-able area than previously existed. The dramatic greenside bunker complex has also been re-created.”

This year’s construction work on the 2nd and 4th holes was undertaken by Spanish contractors CugarGolf, following in the footsteps of previous contractors JeriGolf, Garden & Golf and European Golf Services who worked on earlier phases of the project.

When Colt designed the course in the 1920s, the site was wide open with very few trees. In the intervening 90 or so years, the vast majority of holes have become tree-lined, creating interesting golf challenges, but often blocking up the open views across the Bay of Santander that had previously existed. 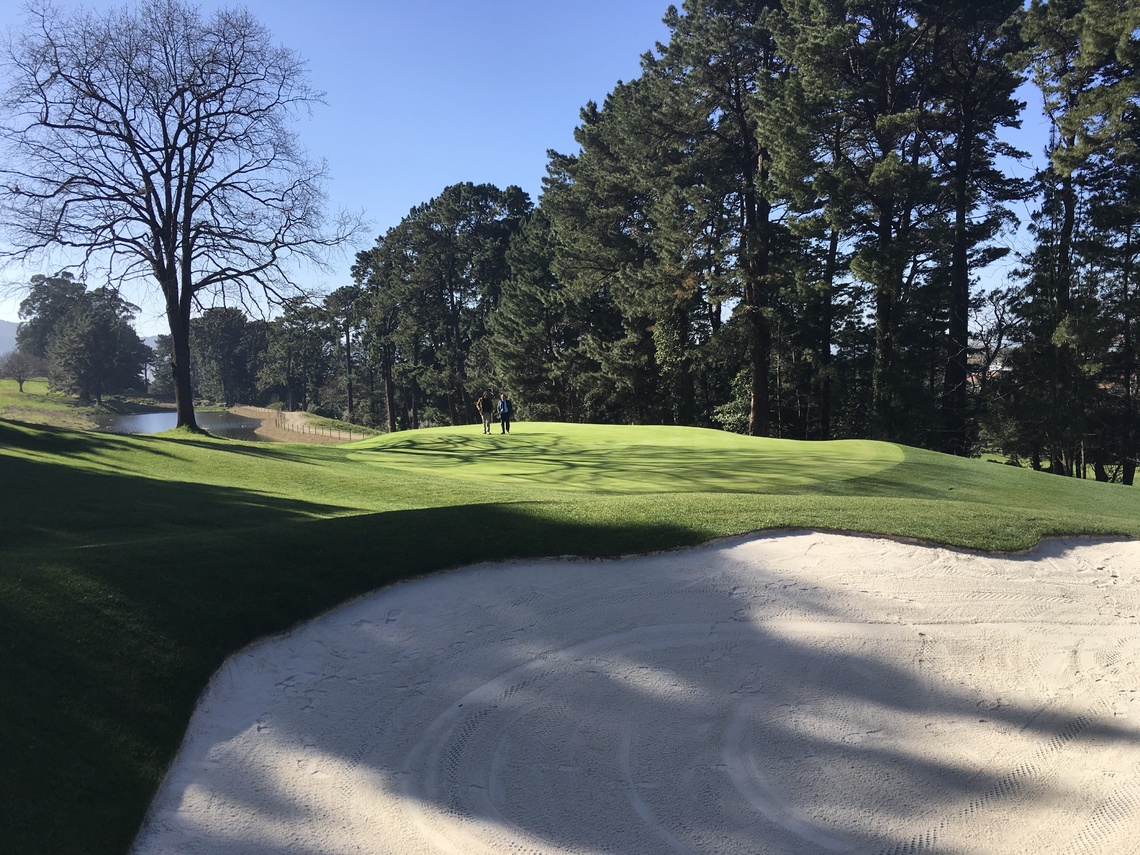 In parallel with the construction work, removal of many trees has been undertaken, opening up the course, but equally importantly, opening up the dramatic views of the sea and mountains which surround the course.

Although the implementation of the 2010 masterplan is generally completed, Williams still anticipates further work at the club in future years. He states “During our twelve year involvement, we have added proposals over and above those in our original masterplan, and many of these are still to be implemented.

And there are still improvements to be made to the 9 hole Seve-designed course! We have undertaken work on it already – often in the fallow winters when we were not working on the Championship Course – including building two completely new par 3 holes, required when a major reservoir was built over two holes on the course to provide water storage capacity for the complete venue.”