Layout on site of former orchard is defined by two valleys that run through site. 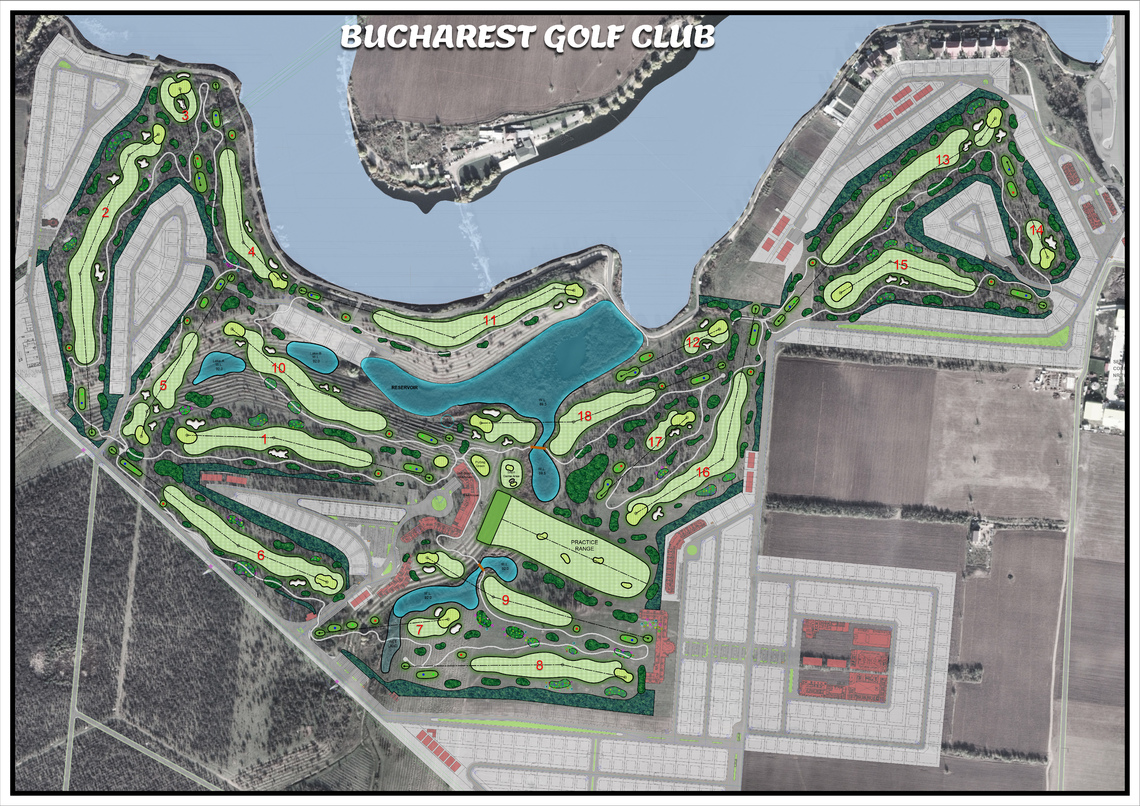 The site of Bucharest Golf Club is around 20 miles north of Romania’s capital, near a village called Tâncabesti. Howes was introduced to developer Alex Brett in 2016, and drew up plans in the following two years.

“Most of the land around Bucharest is very flat, but this site has some beautiful movement throughout,” said Howes. “The site was an old orchard but unfortunately due to neglect the trees were in poor condition and no longer producing fruit. 13 of the holes will be lined with the old fruit trees and the plan is to integrate a variety of different trees within them.”

A local company started construction work in February, with Howes moving to the area to oversee the project.

“There are two beautiful valleys that run through the site,” said Howes. “The two valleys meet, forming many acres of marshland before they empty into one large lake, which is famous for carp fishing. Naturally, I tried to utilise these features as I developed the routing.

“The carp lake is not part of the property but is very much in view from various places. The clubhouse is situated on a prominent point, with views in all directions. Fortunately, I was able to route the course with the two nines finishing at the clubhouse.

“In my routing I also considered the 500 home sites that are planned. The developer is an avid golfer and recognises the importance of getting the balance correct between the housing and golf aspects of the development, therefore, myself and the building architect were involved from the very start.”

Howes’ routing has five par threes, three of them on the six-hole stretch from twelve to seventeen.

“The third, fourth and eleventh holes will be quite spectacular as they are very much risk and reward holes along the edge of the lake,” he said. “The fifth will be a very memorable standout: a driveable par four with cross bunkers that will catch all balls short of the target.”

Howes expects to have 12 holes and the practice area seeded this year with the remaining holes seeded in spring 2022. Nine holes should be ready for play by May 2022 with the full 18 by September 2022.