Annika Sörenstam has been recognised for her outstanding contribution to European golf. EIGCA President, Christoph Städler, presented Annika with the Harry Colt Award and praised her achievements in increasing the participation of female golfers. 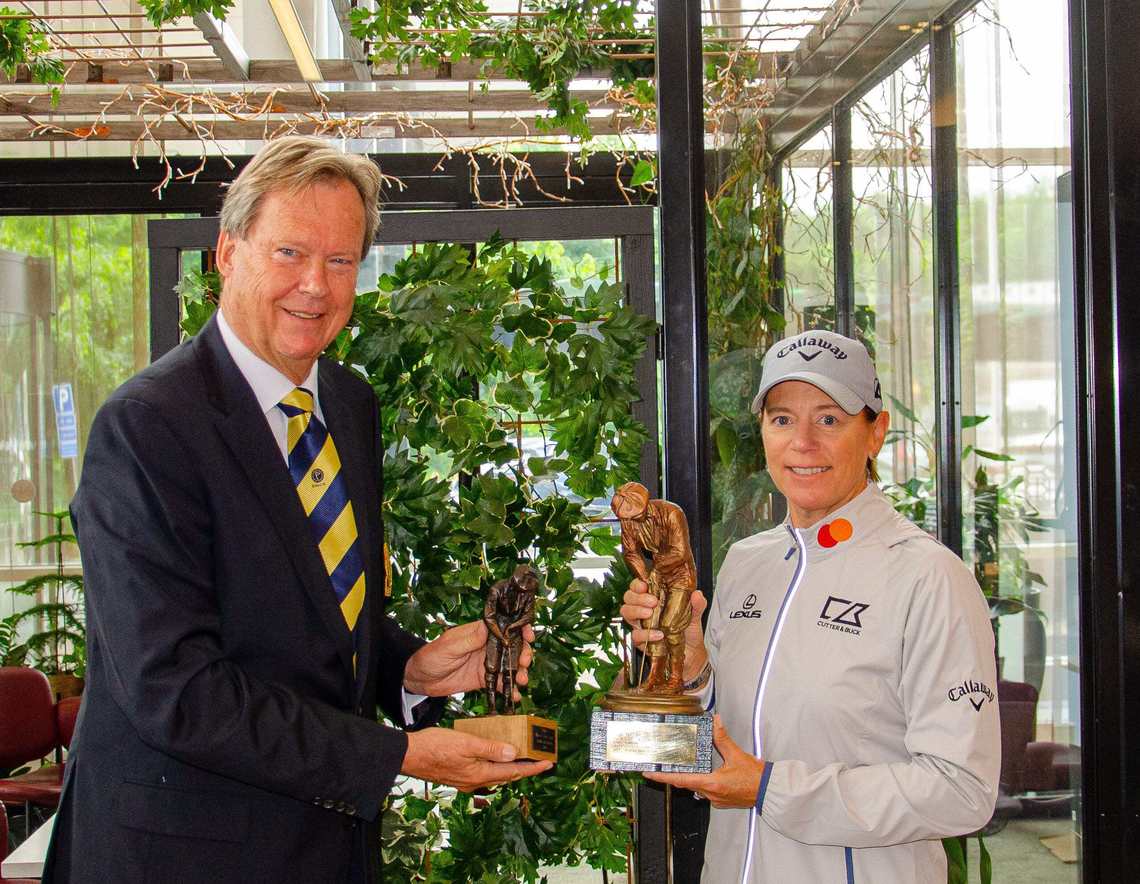 At a presentation in Gothenburg a few days before the Scandinavian Mixed Tournament (10-13 June 2021), which Annika co-hosts with Henrik Stenson, Christoph said: “Annika Sörenstam is undoubtedly the best female golfer of our generation, with over 90 tournament wins worldwide, including 10 majors. Both on and off the course, she has inspired millions of children and young people to take up the game of golf.

“The main reason for honouring her with the Harry Colt Award lies in the ANNIKA Foundation, which she established after her retirement. The Foundation’s countless projects and initiatives strive with great success to increase the participation rate of female golfers - a goal that is also a focus at EIGCA. Annika is therefore particularly worthy of being honoured with our Harry Colt Award, we would like to express our recognition of her lifetime achievement as a golfer and as a creator of initiatives for the development of golf.”

Annika Sörenstam said: “It is an honour for me to receive the Harry Colt Award from Europe’s golf course architects. I am incredibly proud of the global work done each year by the ANNIKA Foundation, and to be recognised for my part in increasing the participation of female golfers is very special to me.”