Golf Course Architect Jonathan Gaunt was commissioned by the club to carry out an audit and planned bunker re-construction project at Stratford-on-Avon Golf Club. 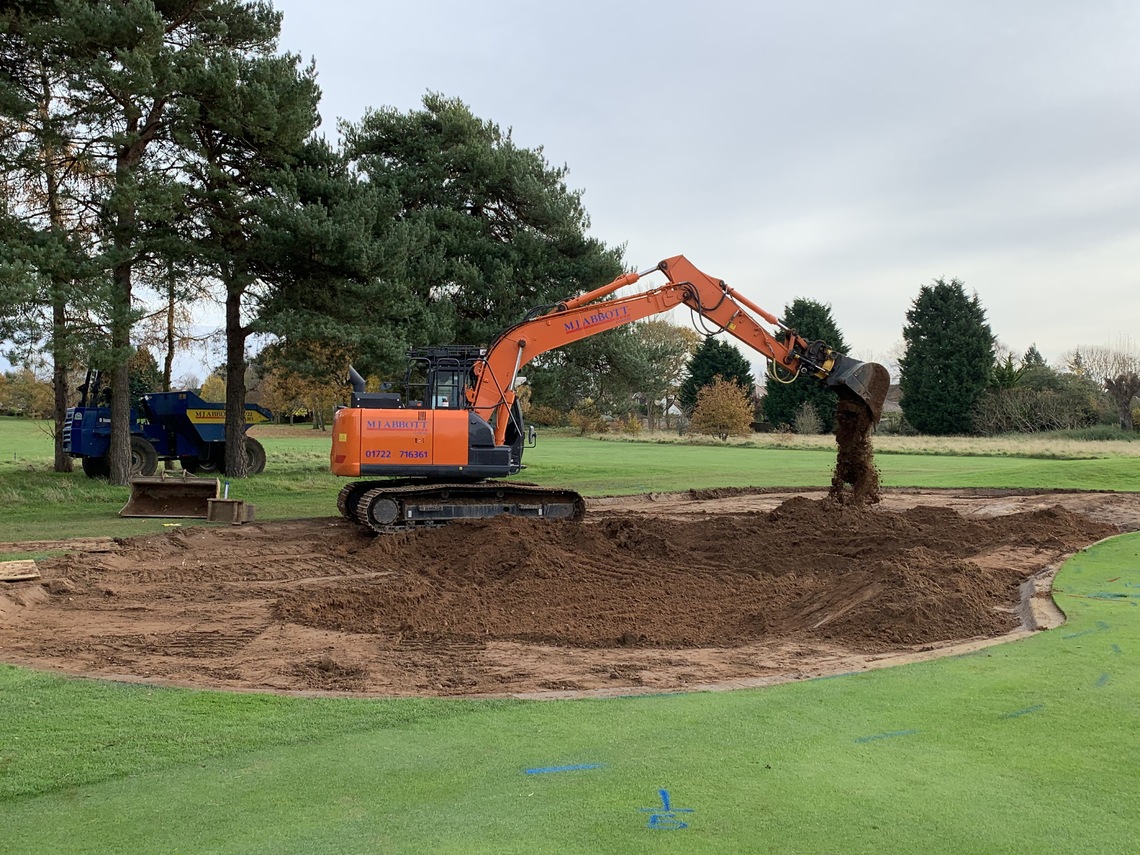 In August 2020, documents were prepared and issued by Jonathan Gaunt MEIGCA for the planned re-construction including all bunkers, minor tree clearance, some tee construction, a major pond reconstruction and pathway improvements at Stratford-on-Avon Golf Club. The project was priced for one major phase of works but after due diligence by the club, careful consideration and in the middle of the first pandemic for over 100 years, they decided to embark on a cautiously phased project including just 10 bunkers. 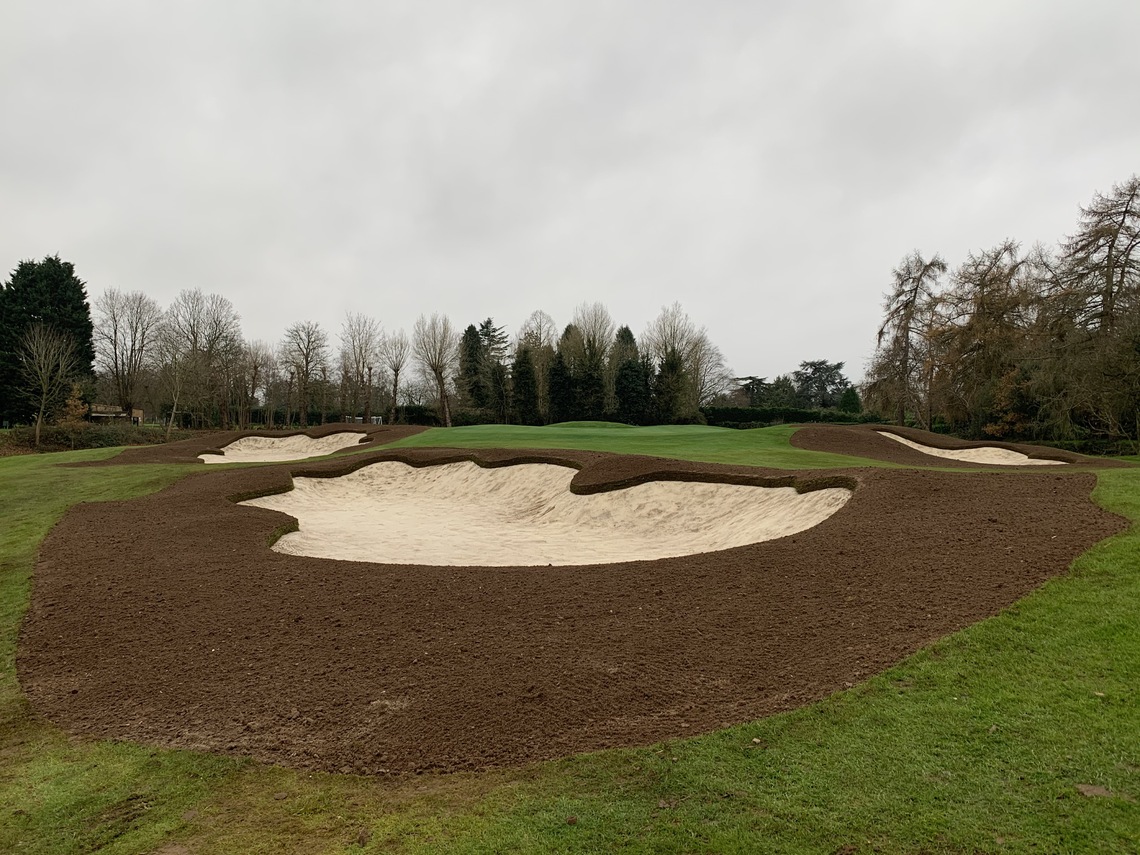 A bit later in the year than ideal, works started mid-November with a 5 week programme and a deadline of Christmas to complete. Holes 11, 13, 15 and 16 were the focus with old liners removed and a fresh and striking impact created with improved visibility into each bunker complex. Irrigation equipment was moved where required, drainage was replaced, BunkerMat Gen2 liner was installed, a natural stacked turf edge created. All disturbed areas were turfed before replacement bunker sand was installed.

Works were wrapped up mid-December with the site cleared and MJ Abbott Ltd look forward to returning to Stratford-on-Avon Golf Club with Jonathan Gaunt again next autumn for Phase 2 works.

For more information go to www.mjabbott.co.uk