As part of EIGCA’s ongoing education programme, and commitment as a signatory to The R&A’s Women in Golf Charter, a webinar on 23 September focused on how to create a cultural shift in golf to increase female inclusivity in the game. 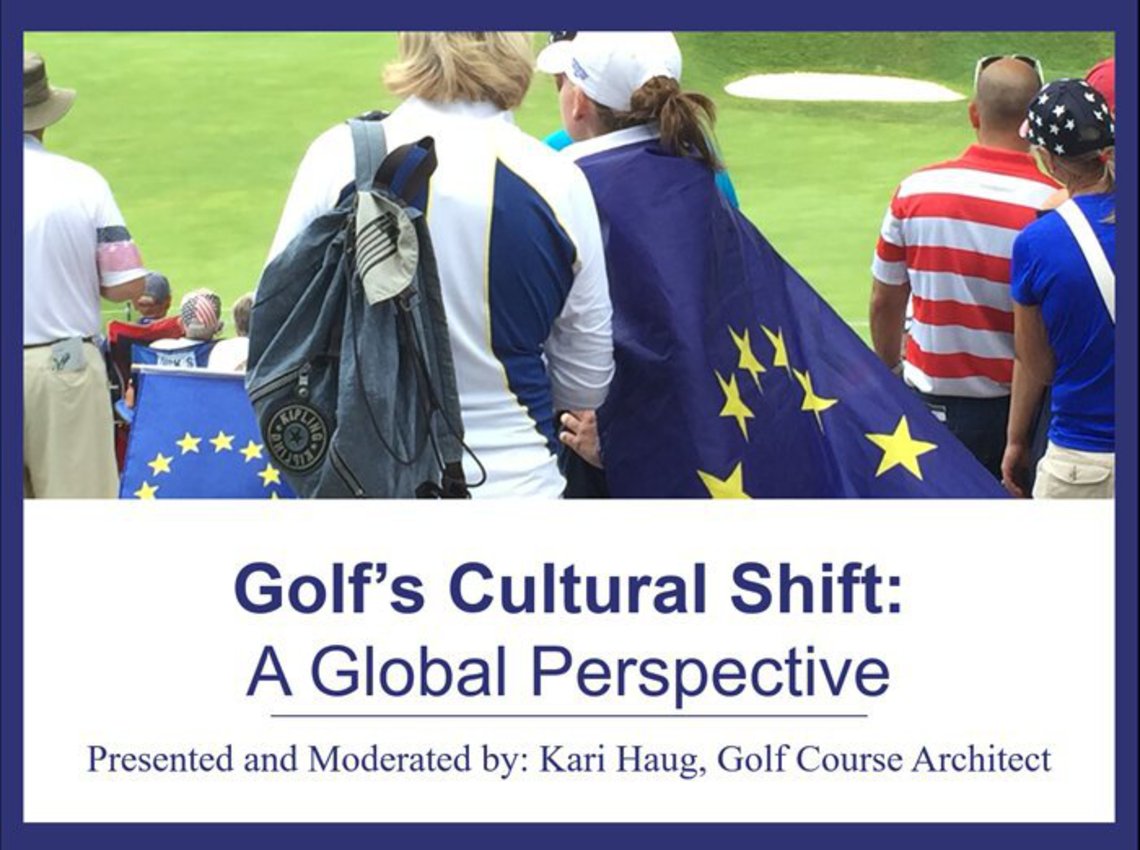 Hosted and facilitated by EIGCA's Equality Advisor, Kari Haug AEIGCA, the 4-person panel who joined her were:

What is a cultural shift?

Golf has its own etiquette and patterns of behaviour. Kari began by discussing whether the traditional golf culture should remain, or should we look for a transformation in attitude or mindset … a cultural shift … to grow the sport?

Alex Armas: There needs to be greater acceptance of women which will have a positive impact on women playing golf. At golf courses, there needs to be more of a female presence. For example, female coaches so women have lessons with women. The first impression of a club is not necessarily welcoming for women. 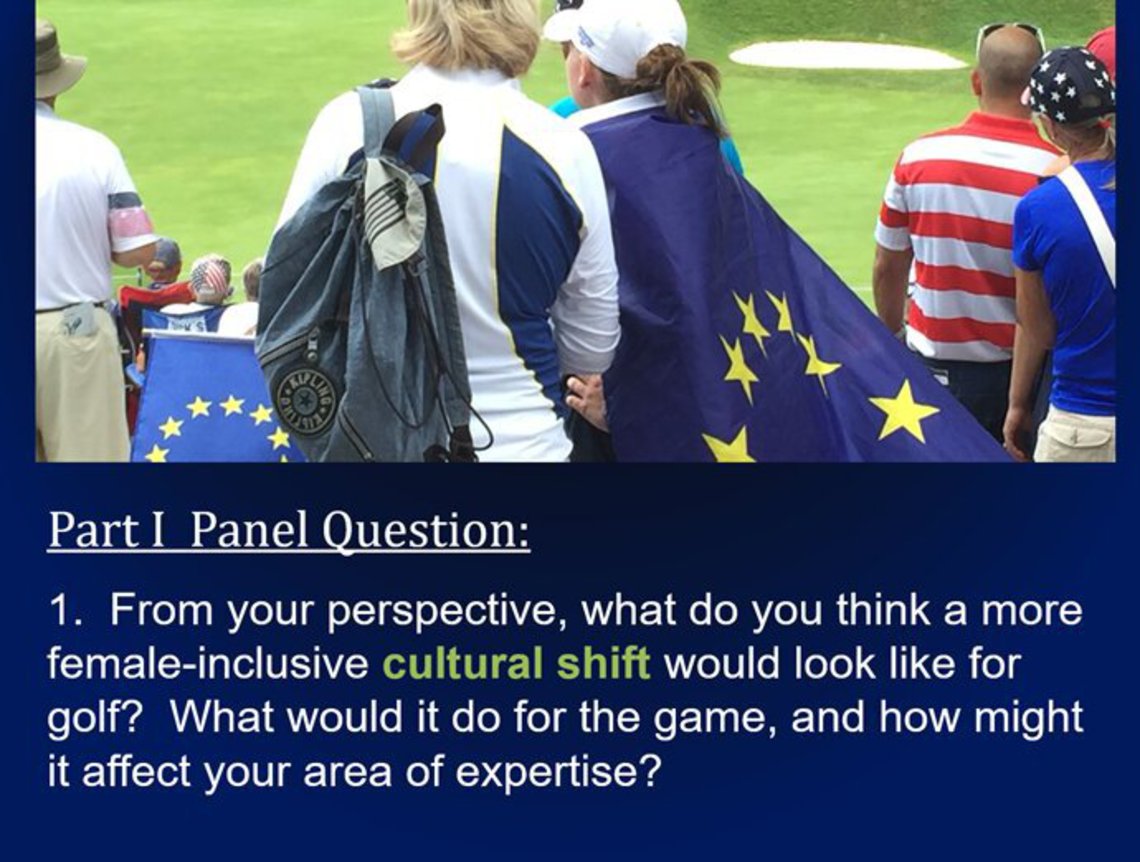 Dr Nicole LaVoi: A cultural shift comes from those in leadership positions. Change must be directed from the top with messaging, resources, programming, media campaigns, education and action. The game needs to be made more enjoyable for women and for them to feel valued and supported.

Ken Moodie: It is not just the attitudes of men that need to change. Women need to also. There are women at clubs who put off new female members joining. These ladies have got used to having women-only space and are a stickler for the rules, dress codes, etc. We have to start from a young age to get children into the game, learning together. A family environment where golf is part of life, like the country club culture in America. 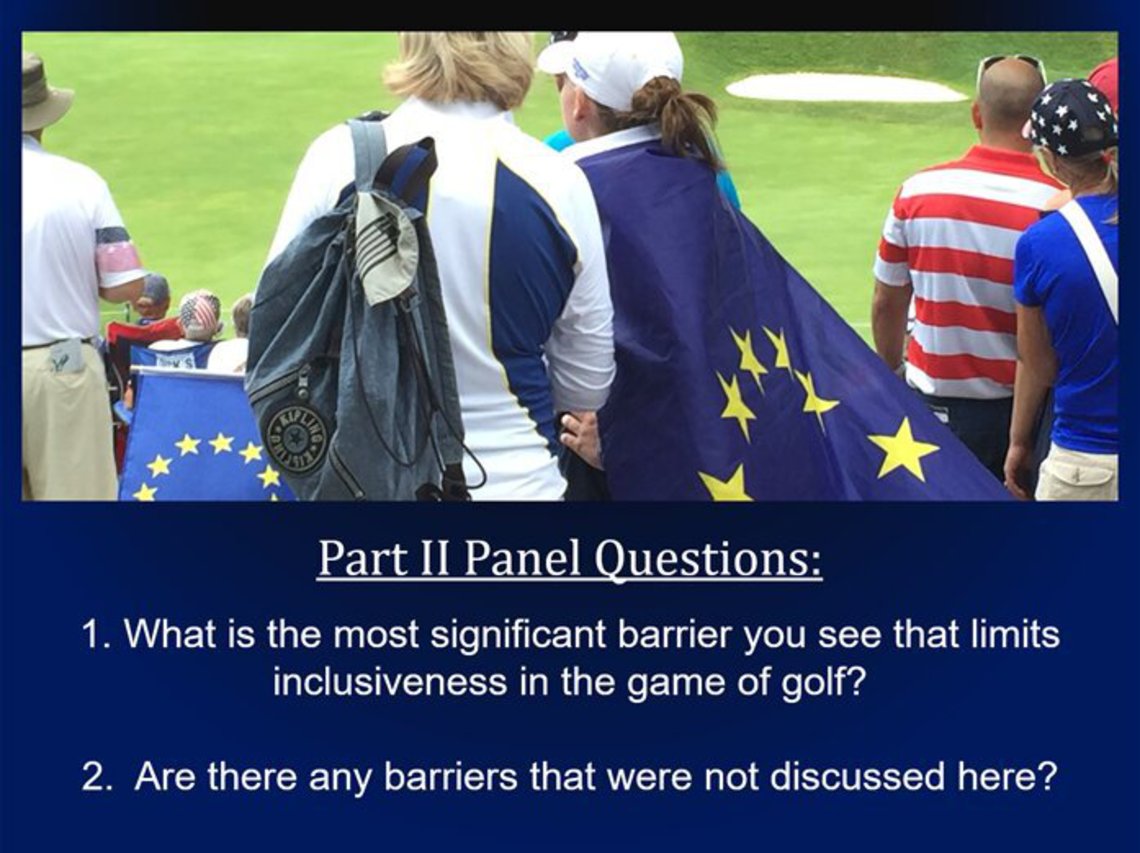 The existence of barriers was covered next, with unconscious bias being a major one. Kari said: “The media messages we are hit with, the behaviours, the way we interact with other people. These form unconscious biases and drive behaviour in men and women.” Other barriers discussed include women given token places in leadership positions and then actively excluded, lack of networking situations for women without the equivalent of the ‘Boys’ Club’, men disproportionately occupying higher leadership and ownership positions, reinforcing that men turn to men and men hire men, and a mindset amongst women of not being good enough, where imposter syndrome creeps in.

The lack of male allies, advocates and mentors is hindering female inclusivity. Women need male allies to speak up for women to be included. One problem is fear. Men might fear the loss of territory. Fear being marginalised by other men for supporting women.

Alex Armas: The perception of golf is a big problem as it prevents a lot of people, and a lot of women, from going in to golf. They assume it is a boys’ club and this club assumes women do not play.

Shelly Boyum-Breen: We often think about systems being broken, but golf is not broken. It is doing what it was designed to do. It can change, but adaptation requires a different mindset. The more girls and women in golf, the more golf courses are designed, the more job opportunities there are and the more peaceful the world is when people play golf.

Ken Moodie: For a female architect to make it in the current golf course architecture profession, she would have to be a very good golfer to take on the male leadership at a club. There will be men thinking: ‘how can a woman design a golf course that will be challenging enough for us men?’ When there is better representation of women playing the game, that argument disappears because the design has to relate to golf for all. 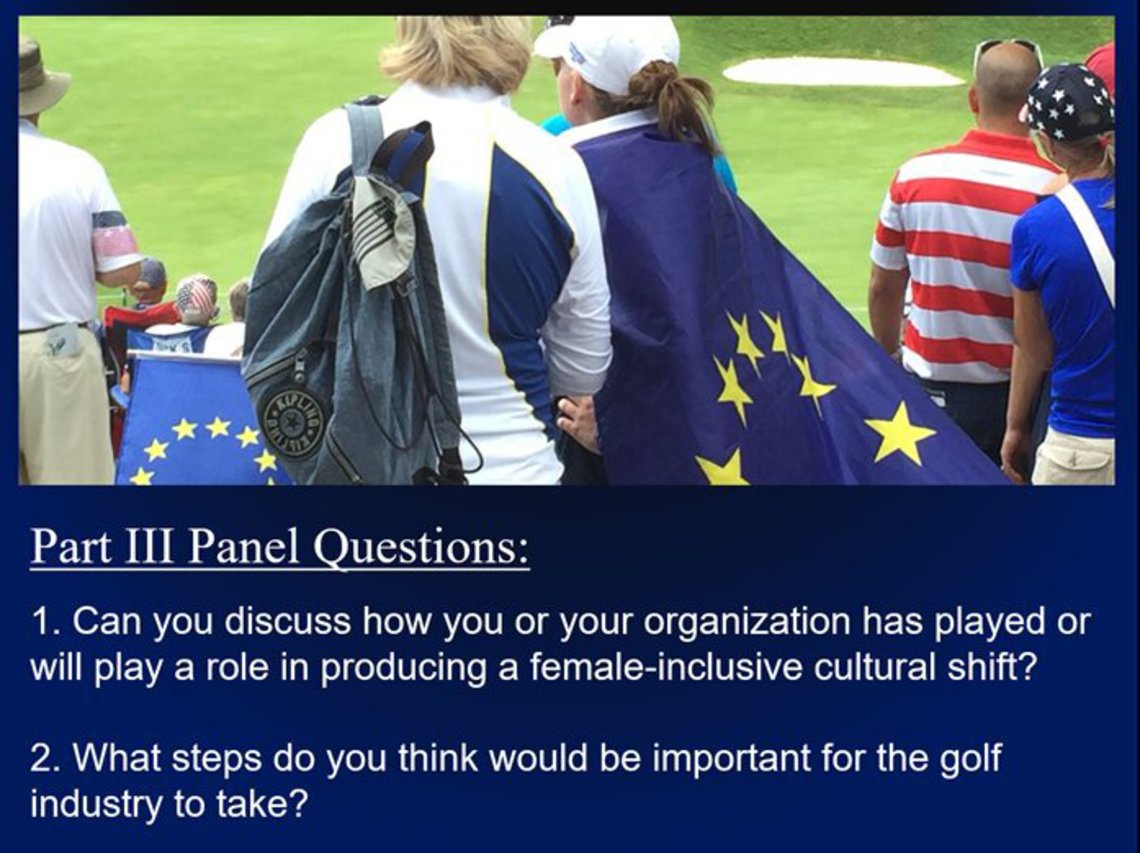 As a signatory to The R&A Women in Golf Charter, EIGCA has committed to improving the inclusivity of women in the golf industry and one element is that we will devise strategies to encourage more women to join and remain in the golf course architecture profession. EIGCA has started by educating members and our wider stakeholders to become more self-aware of these unconscious biases which drive behaviour.

An essential element of driving female inclusivity forward to encouraging men to be allies, advocates and mentors. These men can help increase the presence of women in golf leadership positions by recommending women and positively considering hiring women. Men can give women a true voice by hearing what they say, giving women credit and acknowledging their ideas. Men can publicly voice their support for, and lobby on behalf of, women. Male allies, advocates and mentors need to be brave, lend their voice and share their knowledge.

Dr Nicole LaVoi: Leaders in golf need to decide whether they want the culture within golf to change. People with power usually like the status quo, and do not like change. For example, leaders in sport right now talk a lot about diversity and inclusion, but there is not a lot of action. Change takes sustained commitment over time because cultures are inherently inert and resilient. The need is to focus on bringing in men who want golf to be more inclusive and see it as a business imperative to grow the game. Until that mentality shifts, golf is not going to change.

The final word goes to Alex Armas: “Collaboration is important. Those of us who are keen to make change happen have to come together to push the change forward.” 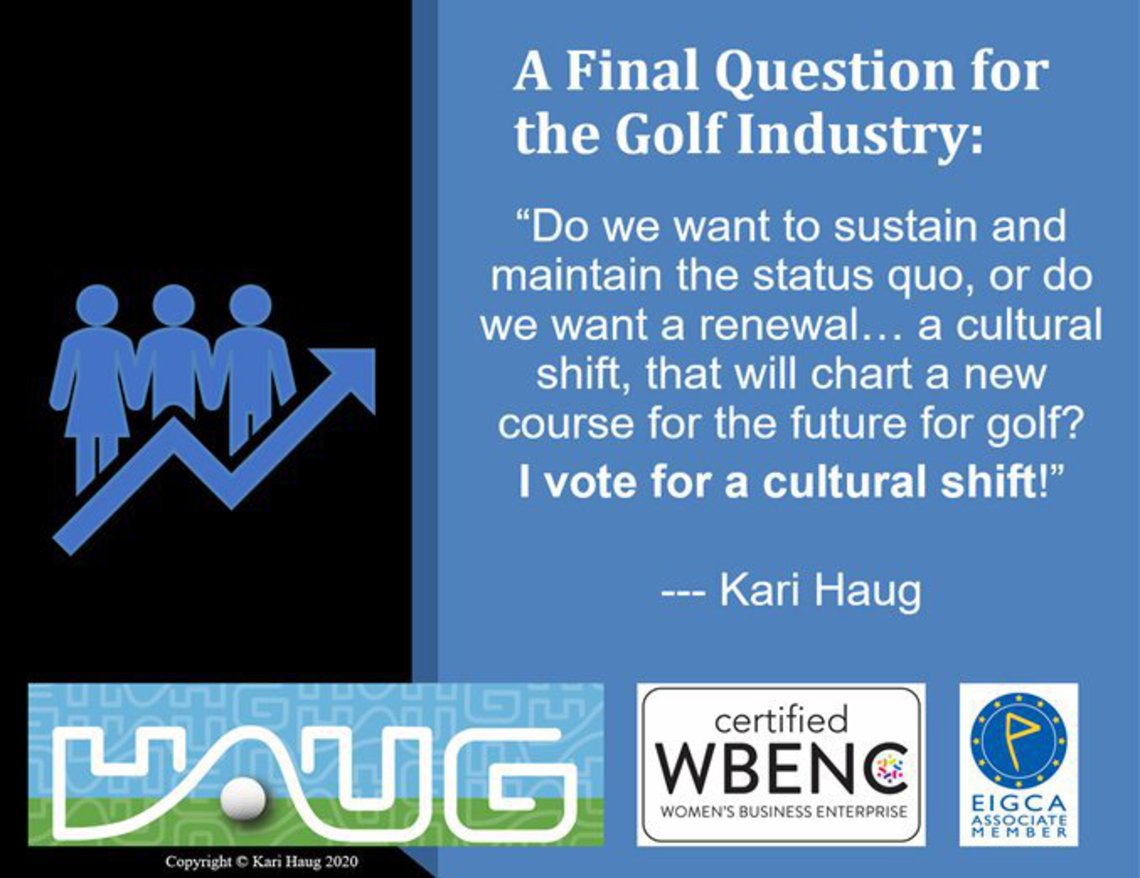 Q1: Do you think a more female-inclusive culture shift will have an effect on your area of golf?

Q2: What do you believe is the most significant barrier which limits female inclusiveness?

Q3: Will you take on any of these roles in creating a cultural shift to increase inclusiveness of women in golf?


A full transcript plus the video of this webinar is available in the members area of the EIGCA website.