What to do if a golf course was getting a bit long in the tooth and the new owner wants to realize its own ideas of a lucrative and sustainable golf operation? 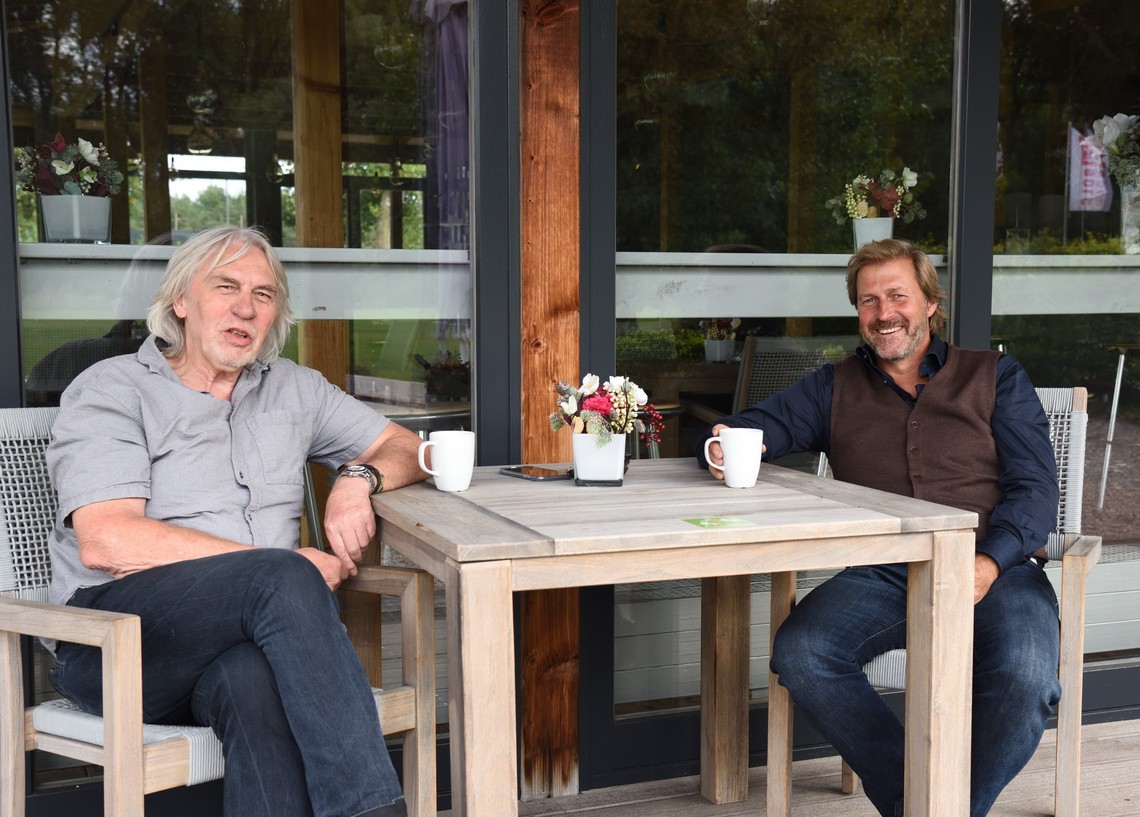 Those who entered the Moorfleet golf course for the first-time last year had no idea that this idyllic gem, which has only been in operation for 20 years, has an exciting and quite unique past for the German golf landscape.

The golf course was constructed on the former Billesiedlung, which was built in the 1950s on a rinsing field covered with a highly contaminated layer of silt.

The settlement had to be demolished when the whole health-threatening extent became apparent in 1989.

With the former developer of the project, who had been awarded the contract in an investor competition of the Hanseatic City of Hamburg, we had just realized a project on a highly sensitive site in the Ruhr area - the former coking plant and coal mine area of the Jacobi coal mine in Oberhausen.

And so it was more than logical that we been involved in this project under my leadership as experienced golf and landscape architects of the Deutsche Golf Holding in Essen.

It was an exciting task with a lot of persuasion work by the authorities. But with an ultimately convincing and mature idea, that the problems of contaminated sites management impressively combined with an exciting, landscape-oriented golf concept.

Preserving most of the trees, the basic relief of the planned golf course was made with the demolition material of the buildings and after covering with a protective impermeable soil layer, the playing elements could be built. 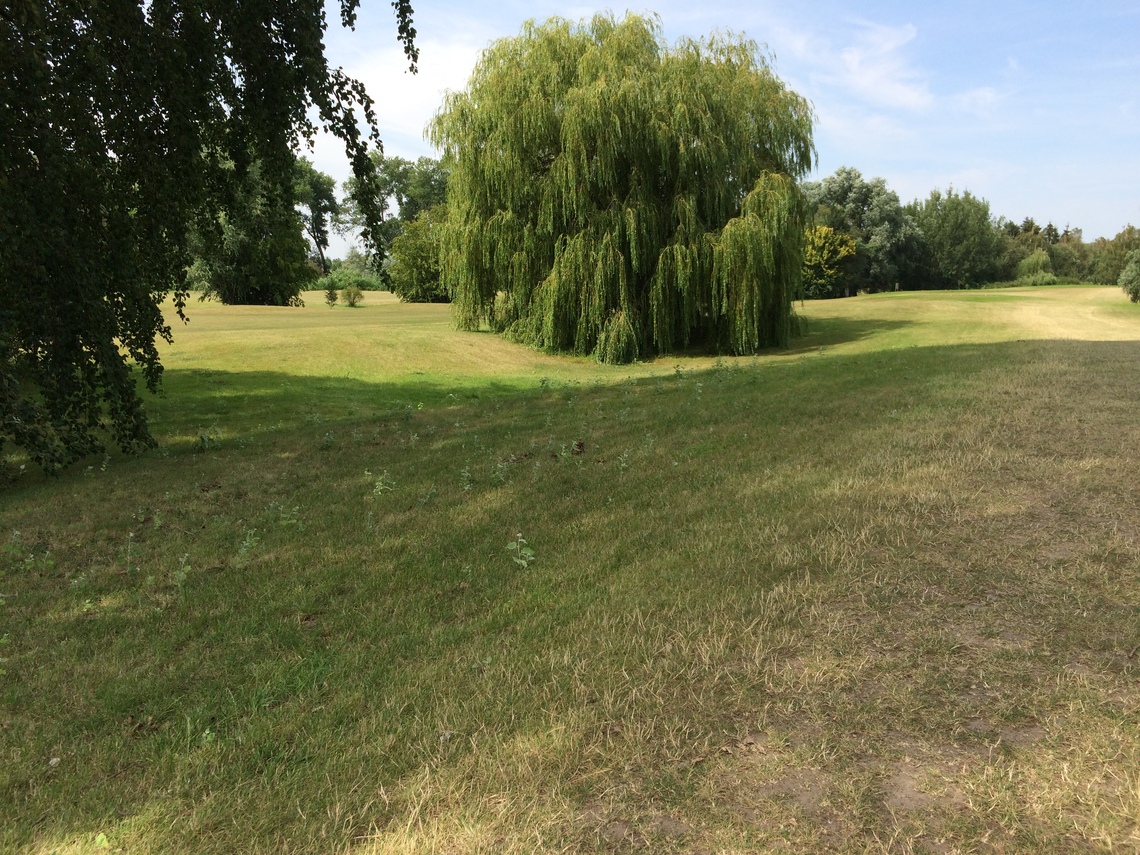 Since no water was allowed to enter the underground, the fairways were topographically increased so that the surface water could be collected in a system of ditches and swales and fed in an orderly manner from the site to a pre-flood. 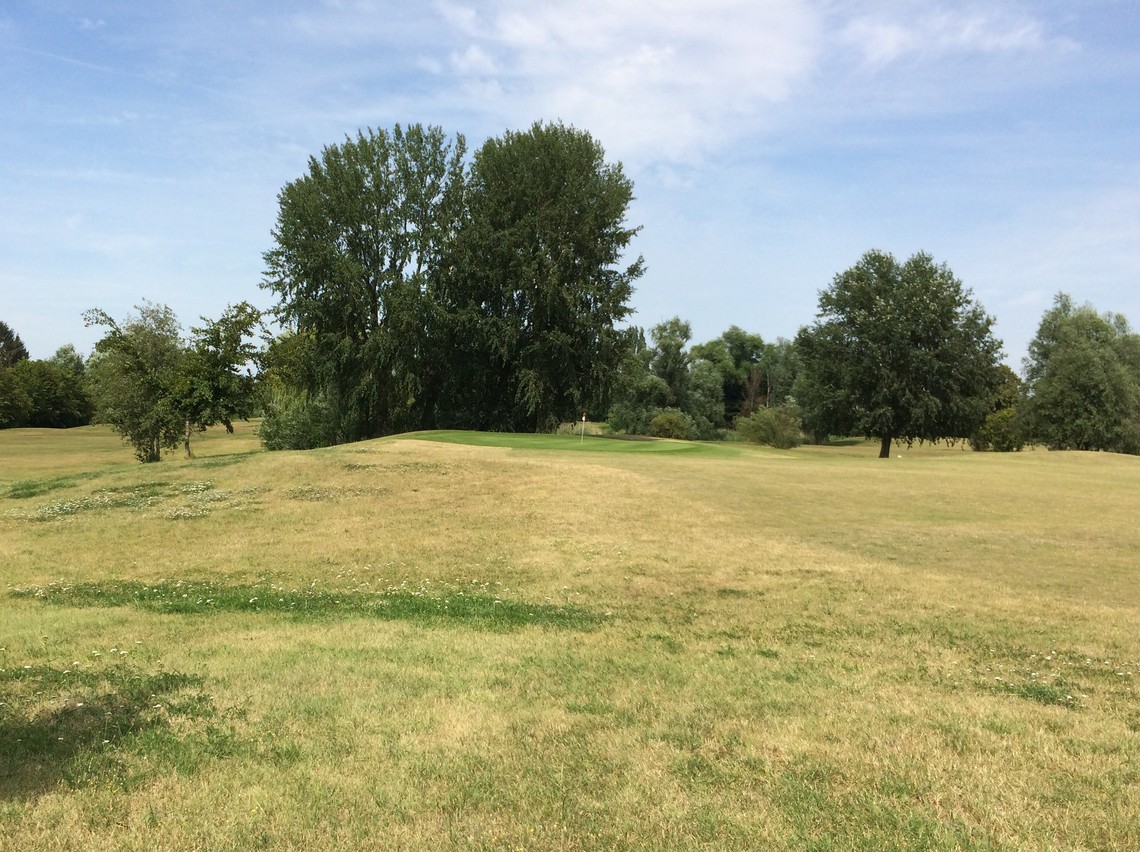 But the idyll mentioned in front was deceitable.

Apart from the wooded stock, which, like some biotope development areas, has developed perfectly and forms an impressive landscape for the golf course, the playing elements were getting a bit long in the tooth as well as the clubhouse and the practice facilities.

Due to the adverse compacted soil conditions, the greenkeepers have had to deal with either too much wetness or the consequences of the drought over the years. The drainage ditches had become overgrown, the connecting pipes were clogged, the irrigation system was outdated and partly ailing, the paint was leafing through the buildings. 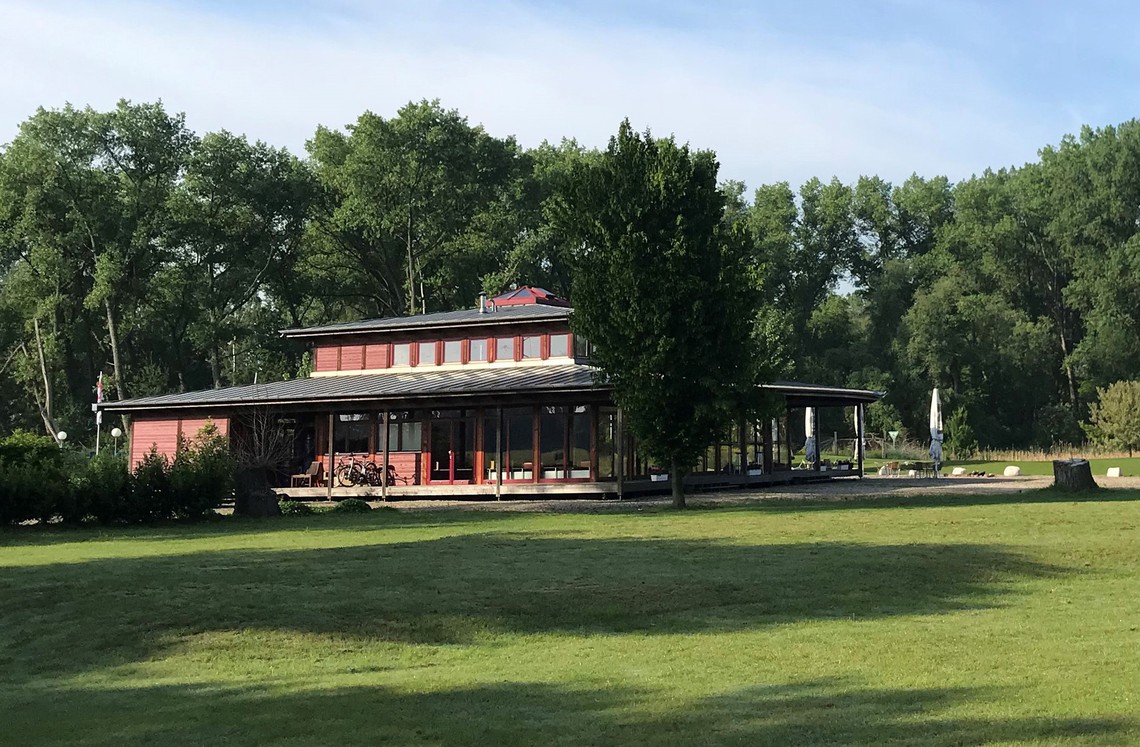 A stroke of luck was that the facility was offered to Peter Merck for takeover last year, who quickly recognized the opportunities that were in the facility and who, with vigour and the familiar creativity, took the "rebirth" of the Moorfleet golf course into his hands.

Peter Merck, who successfully operates the so called “Golf Lounge Hamburg” and "produces" a huge number of new golfers with the open concept and the many events, quickly recognized the potential that was in Moorfleet and developed a new product that will create a furore in the German golf scene under the label "Elb-Lodge Moorfleet". 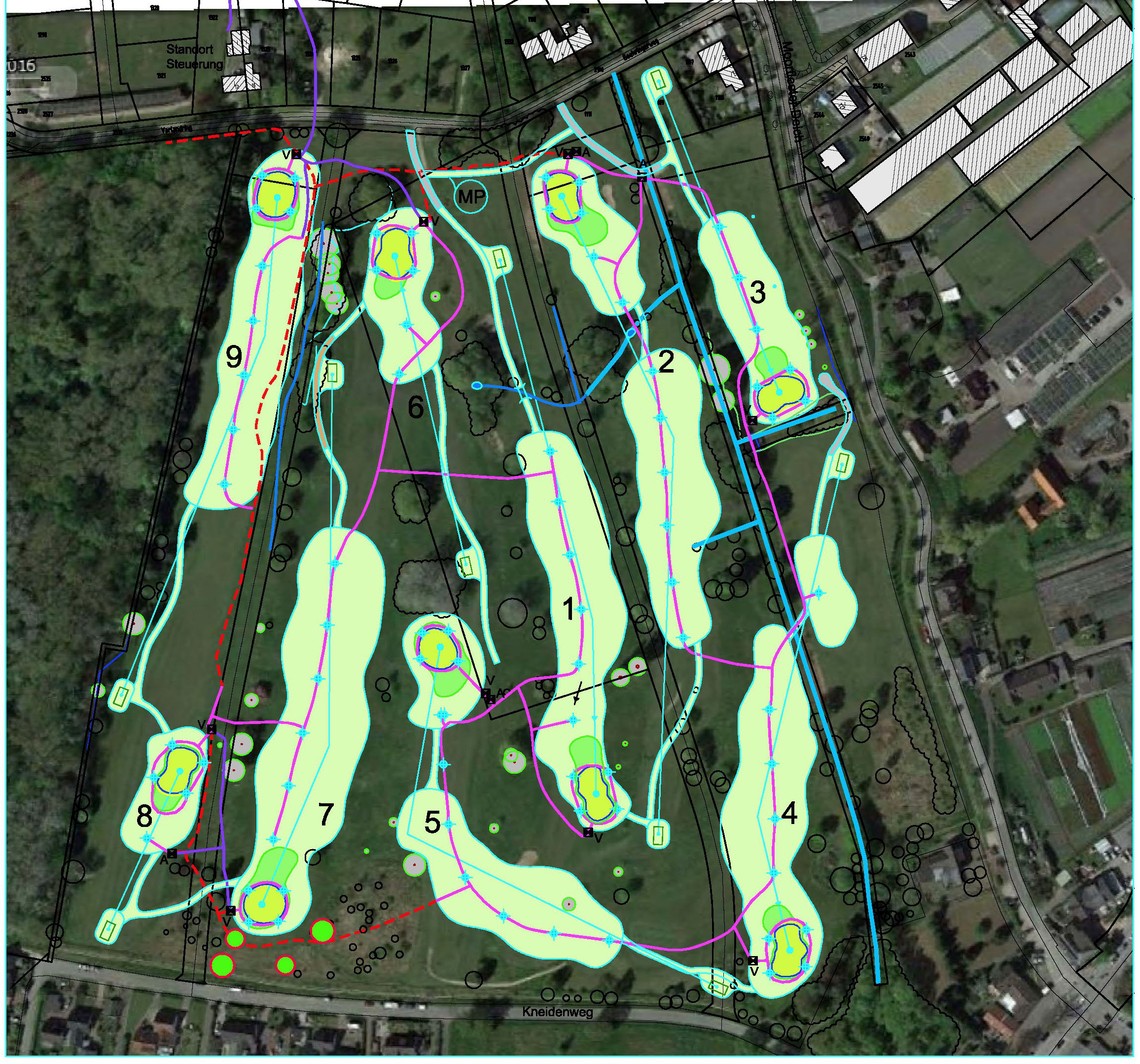 One of the first tasks that Peter Merck, together with his course manager Max Stechmann and the team, tackled with an impressive result was the redesign and revitalization of the clubhouse and the entire surrounding area, which in the style of a US south-country mansion with a surrounding terrace hosted the first guests at Christmas events in winter.

All the constructions reflect the cooperate design elements of the basic idea of Peter Merck, who thus gave his golf course an appearance with absolute recognition value.

With all questions about the golf course our company was back in the boat and responsible for the golf design and all technical features. We got to know each other during the discussion and development of an alternative location for the 2022 Ryder Cup application in Hamburg and the integration into the Olympic application, where I was responsible for golf design, and had many fruitful discussions about golf and its multifaceted possibilities for the development of sustainable and economically viable concepts.

These ideas are also reflected in the new concept for Moorfleet.

In order to create space for a future use of the three holes in the northern part of the course with more fun and event character, we developed together in an exciting and creative dialogue the transformation of the former 6-hole design in the southern part into an interesting and fancy 9-hole round. 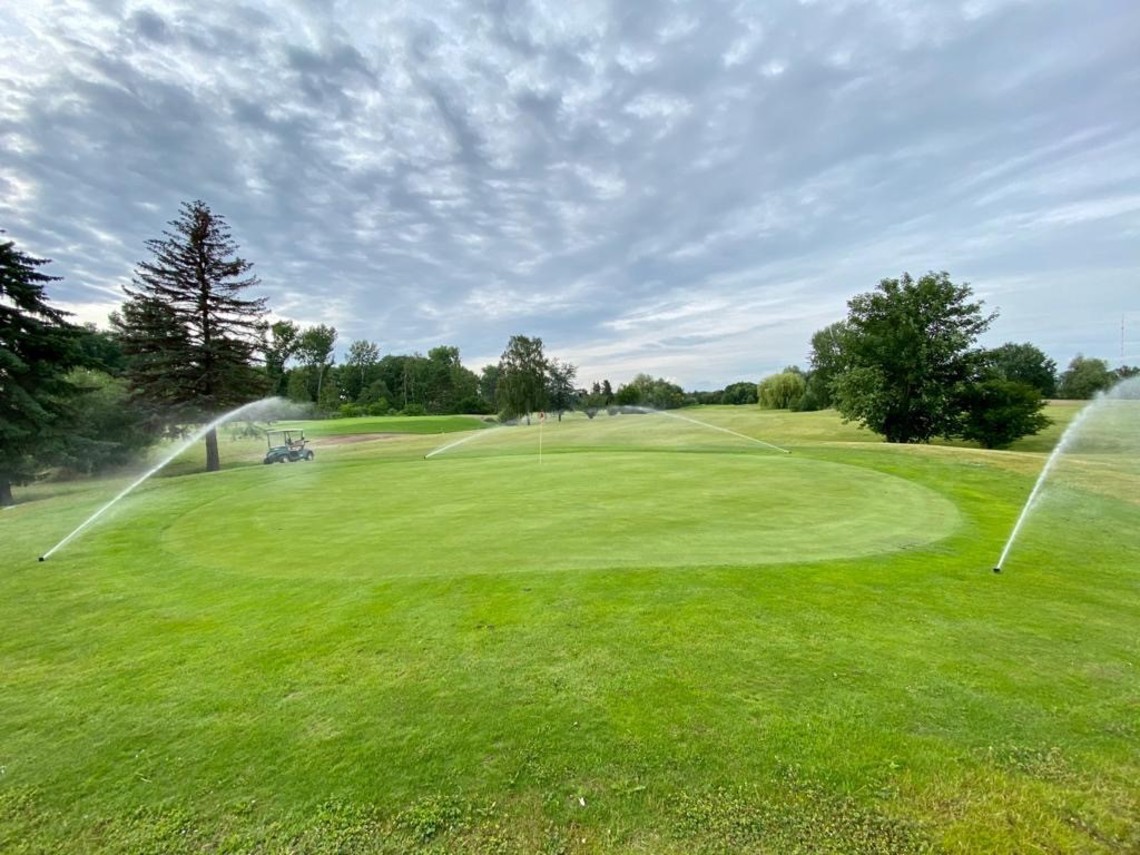 In addition, there was a new design of the six greens, all holes got new tees with artificial turf and the golf became trickier and more demanding. With 1.868 m, six par 4 and three par 3 holes, it becomes a typical executive course that can be played quickly and promises a successful experience if you concentrate on the individual holes and not play too aggressively.

In addition to the playable improvements, the focus was on restoring the drainage conditions of the trench system in order to cope with the moisture problem and to ensure sustainable playability with accompanying measures such as drainage of the fairways and regular sand capping.

The climatic changes of recent years and the associated periods of heat and drought also demanded a solution. Consequently, the irrigation system was completely overhauled, for which a new concept including control system and fairway irrigation. This was developed together with Dennis Brehmer, whose golf course construction company had been awarded the contract for the refurbishment including the optimization of the irrigation system. 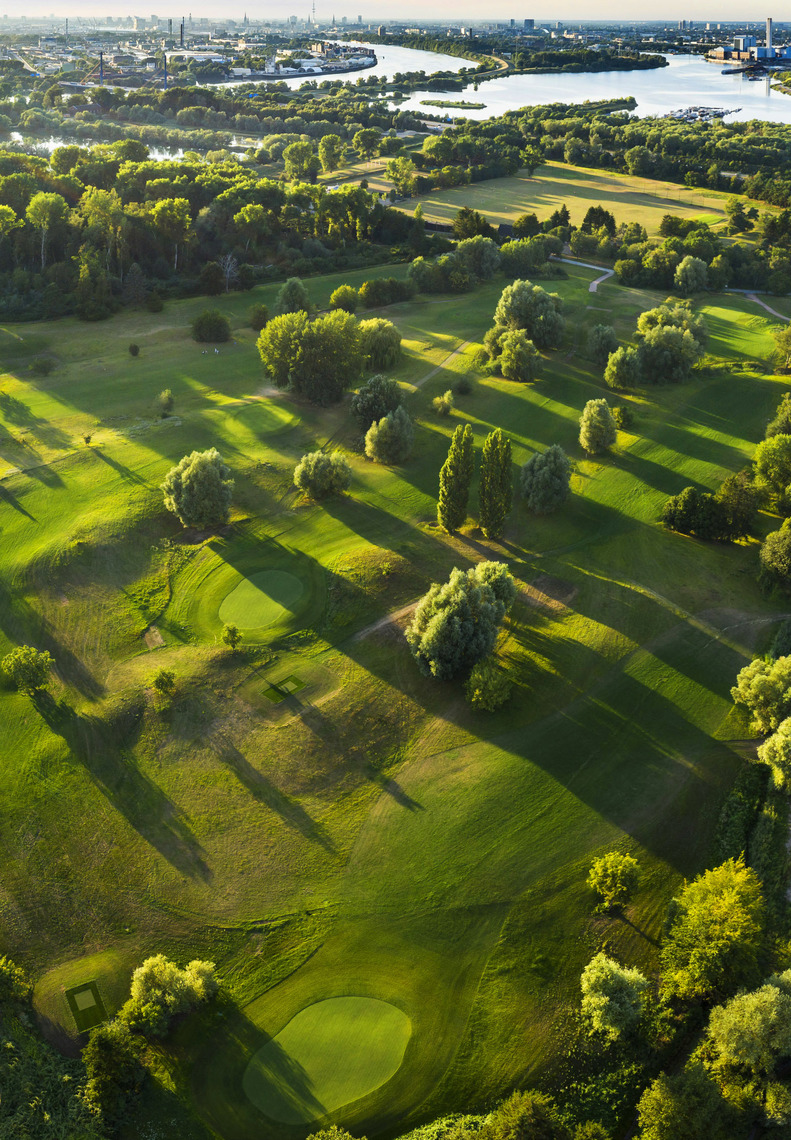 Through my work as deputy chairman of the DIN Committee of DIN 18035- 2 sports fields Part 2 Irrigation and chairman of the FLL working group "Guidelines for the construction of golf courses" I have to deal intensively with construction and vegetation-technical aspects of golf course planning and am open to any form of technical innovations. In this respect, the discussion about the suitability for everyday use of the Toro Lynx Central Control Systems on a small golf course was of interest.

Due to the discussion about the optimization of the irrigation system for the extension of the golf course Ahaus to 36 fairways and the equipment of the 36 hole golf course of the GCC Seddiner See, the advantages and possible applications of the Lynx system on large courses were well known, but I still lacked the practical test on a much smaller golf course.

The combination of the Toro Lynx Central Control system and adequate sprinkler heads on the greens, the approach areas and the fairways fully fulfilled my ideas of a modern, easy-to-use equipment. Already in the grow-in phase, the possibility of a precise time adjustment made a positive impression, especially when establishing the sensitive green seeds.

The tireless efforts of all those involved have paid off. 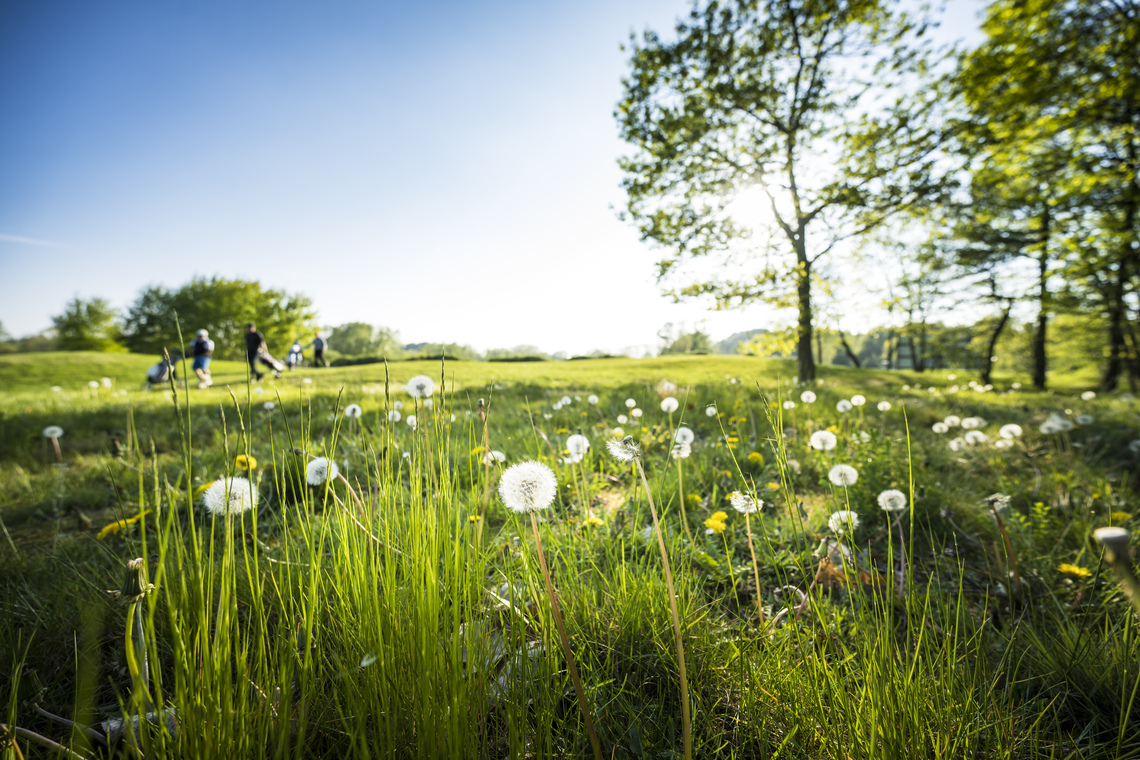 Just in time for the planned opening of the 9-hole golf course on September 1, 2020, the holes are presented in an excellent construction and maintenance condition.

And the accompanying biotope management and additional plantings also show their effect and the golf course presents itself again as a park landscape, which, accompanied by different biotope structures, recalls the tradition of English landscape parks.

Chapeau to all involved.