In recognition of the sheer scale of its golf development work, and the almost immediate impact it has had on French golf, the CPG 2019 President’s Award for Golf Development has been awarded to le Fédération Français de Golf [FFG] for its ambitious ‘100 Petites Structures’ legacy project of the 2018 Ryder Cup in Paris. 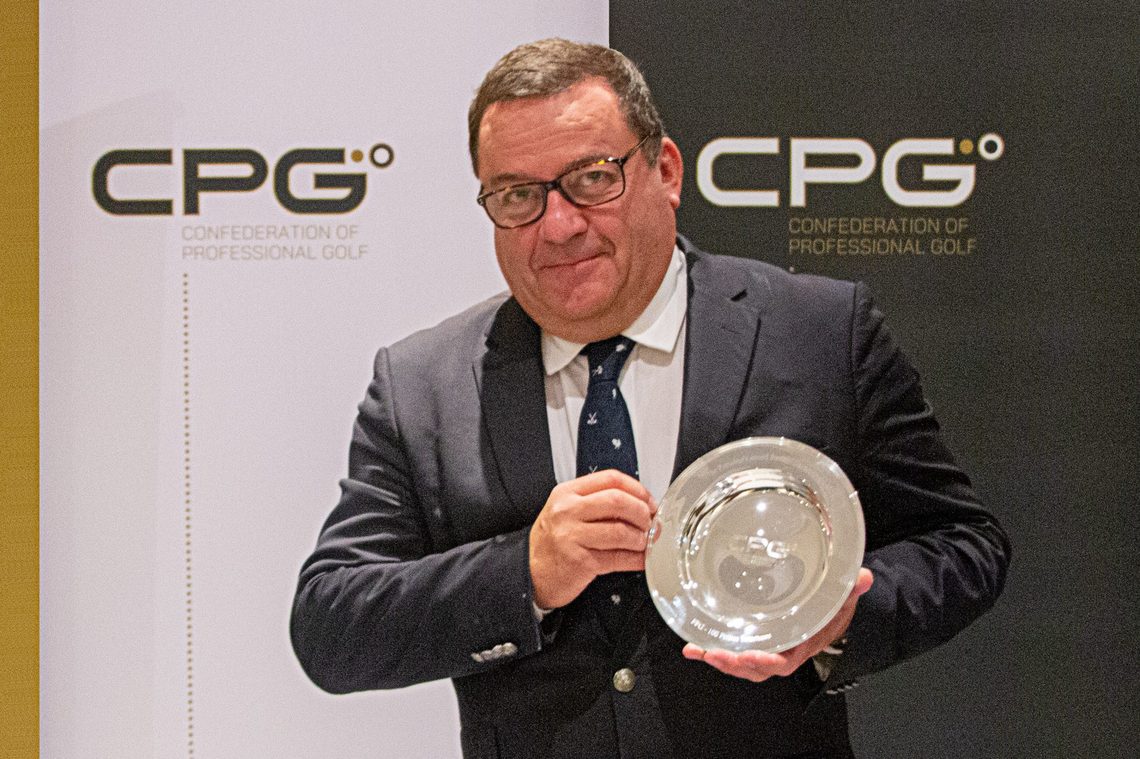 Much of this was led with passion by the current CPG Honorary President and FFG Vice-President, Pascal Grizot - the man instrumental in delivering the Ryder Cup to Paris last year, and FFG Marketing & Communications Director, Olivier Denis-Massé, was presented the award at the 2019 CPG Annual Gala Awards Dinner Supported By Rolex at Penina Hotel & Golf Resort.

The FFG follows in the footsteps of other impactful golf development projects and initiatives such as last year’s winner, the South African Golf Development Board, fellow French-based activity, Golf Educatif, and the Robert Kalkman Foundation.

Upon receiving the news of the accolade, Denis-Massé said: “For the FFG, this award is recognition of all the work we have done over the past decade since securing the Ryder Cup bid in 2008.

“The short courses have been a vital project for French golf in delivering inexpensive, accessible golf for all to play and enjoy the game. Looking ahead, to be able to say this project helped make golf a national sport in France would for us, be the ultimate legacy.”

In 2011, France was awarded the honour of becoming only the second host of the Ryder Cup in Continental Europe, following in Valderrama’s footsteps in 1997.

As part of the successful bid, the FFG aimed to create a lasting legacy for the game of golf in France. As part of this, it sought to create 100 new golf courses around France that promoted golfing opportunity and access for everybody.

After 10 years of work, the short course project has had a significant impact on French golf, developing 17,000 new players, creating over 250 jobs and generating economic benefits such as increased investment into golf and contribution to the national GDP through an average of €220,000 of revenue and 3000 green fees per course.

The short courses have provided a practical, easy and quick way to play, creating facilities located in more urban areas with a more affordable entry point into the sport. In mid-2019, the FFG celebrated the opening of the 100th course with support from the Ryder Cup European Development Trust, at The Regional Training and Development Centre operated by the Ligue de golf Occitanie, a regional organisation of the FFG. This has since been followed by the 101st short course, showing the FFG’s belief that this project can continue to expand and also be mirrored by other countries seeking effective ways to increase golf participation.

For more details of the CPG Annual Congress click here, and for more information on the ITC click here.