Harradine Golf has completed a project to remodel nine holes at Golf Club Arosa in Switzerland.

"The main reason for the remodelling was due to the fact that the lack of the appropriate machinery in 1947 produced a few blind holes and a nearly impossible finishing hole," said Peter Harradine, who has overseen the work. “The members and the golfers will be extremely happy with the improvements as there are no blind shots any more.”

The project was carried out on the original nine holes, which were designed and built by Harradine’s father Don in 1947. The second nine at Arosa was designed by Peter Harradine in 2001 and has not been impacted by this project. 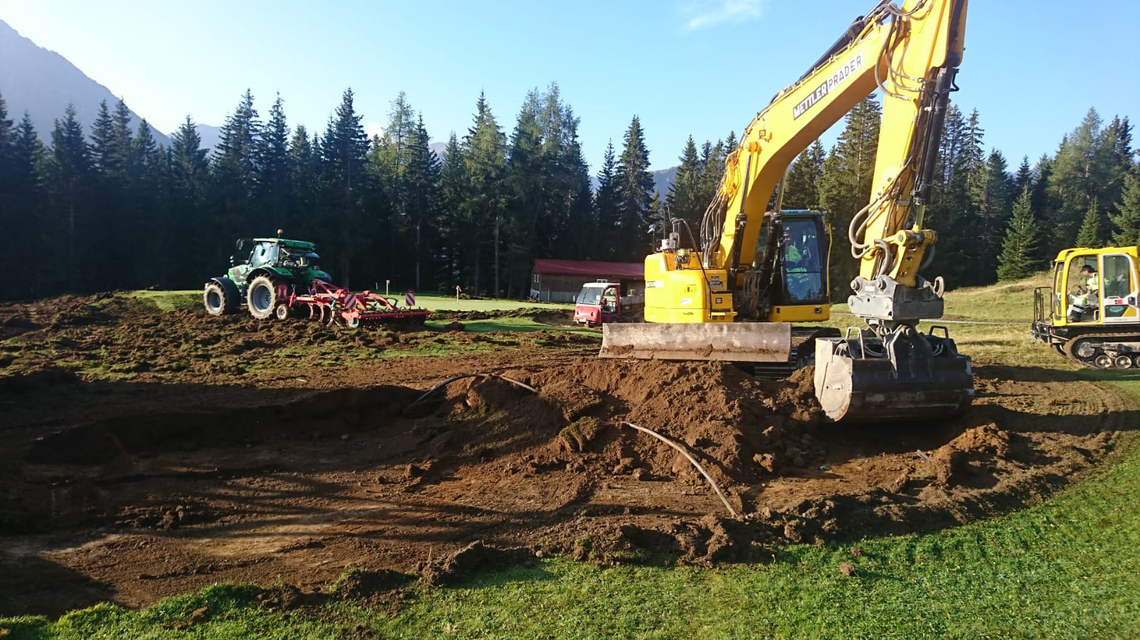 "The weather at 1,800 metres is very unpredictable as it can snow during the summer months with frequent thunderstorms that can bring 20 millimetres of water in one hour," said Harradine. “It was therefore not easy to remodel the course, especially as the contractor had to work under the strict supervision of Harradine Golf and environmentalists who ensured that the strict conditions demanded in the construction permits were followed throughout the construction period.”

Seven new greens and 12 new tees have been built as part of the project. 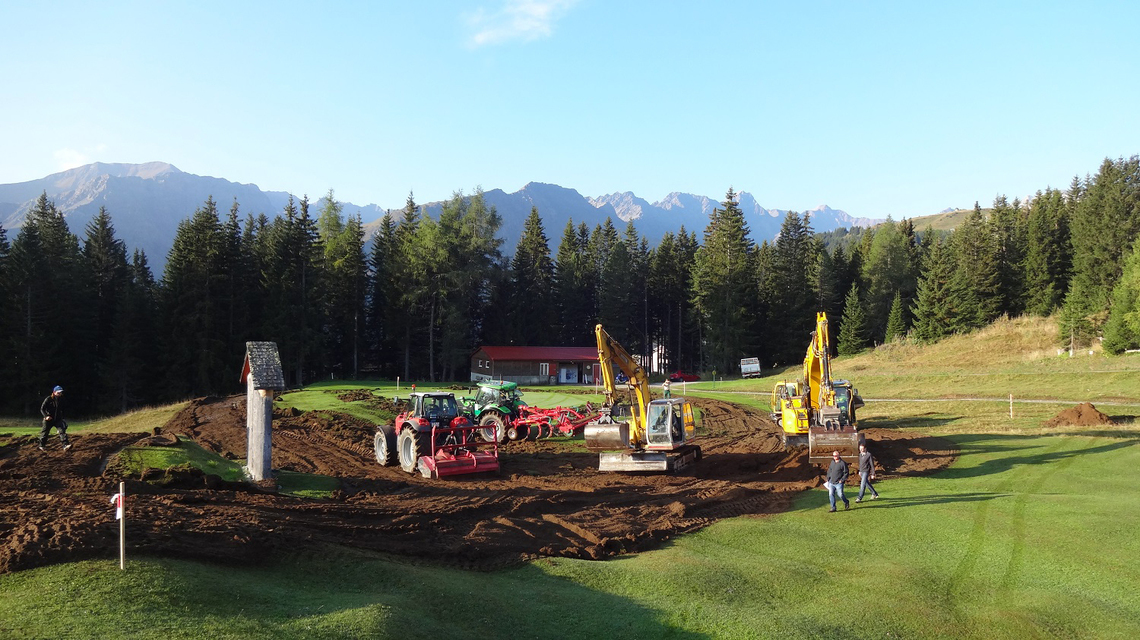 The contractor has stripped and stocked the topsoil over an area of nearly 70,000 square metres as well as cutting and filling a total volume of 36,000 cubic metres. They took the soil mixes – which they prepared – and the topsoil from the previously stocked positions and spread and fine-shaped it on to the remodelled subsurface. Drainage and irrigation systems have also been installed.

"All the preliminary earthworks, irrigation and drainage had to be completed in 2018 before it snowed as the capping of the topsoil, soil mixes and sowing had to be completed by the end of July 2019," said Harradine. "Construction work started on 17 September 2018 straight after the last competition but unfortunately work had to stop on the 26 October as the dreaded snow had already fallen!

"Such a short working season definitely presents many problems as the works in 2019 only started on 13 June due to the heavy winter snowfalls and sowing had to be completed by the end of July, if one wanted to give the grass any chance of growing. The logistics were quite daunting, and it was a race against time! 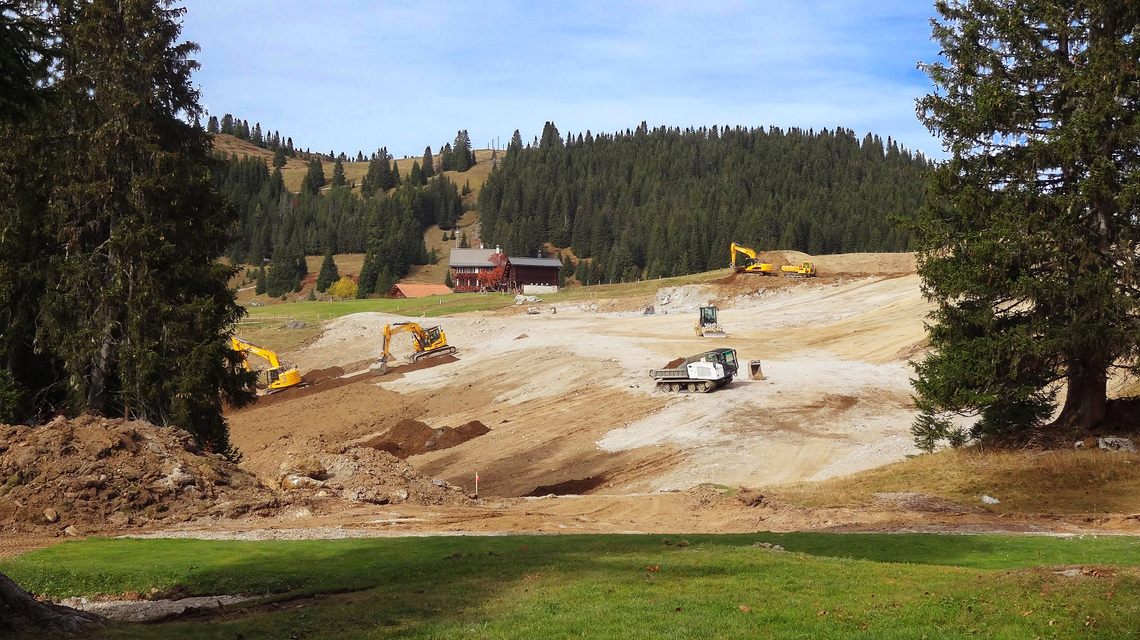 "Cows are allowed to graze in the rough and we had to ensure that the same area of grazing land with the same or better slope steepness was still available after the earthworks," continued Harradine. "The environmentalists also obliged Harradine Golf to specify the stripping and stocking of ten thousand square metres of sods of grass used by the cows and install the sods back on to a clearly defined and newly shaped area in the rough."

Five thousand metres of cart paths were built to accommodate the golfers and ensure that the cross-country skiers did not cross the greens, tees and fairways, as the marks left by the tracks can be seen way into the short playing season.

"I eagerly wait for the players’ comments when the course will open during the soft opening at the end of August 2020," said Harradine. "The management will also be very pleased as the new holes will definitely speed up play!"

This was first published by Golf Course Architecture and can be found here.