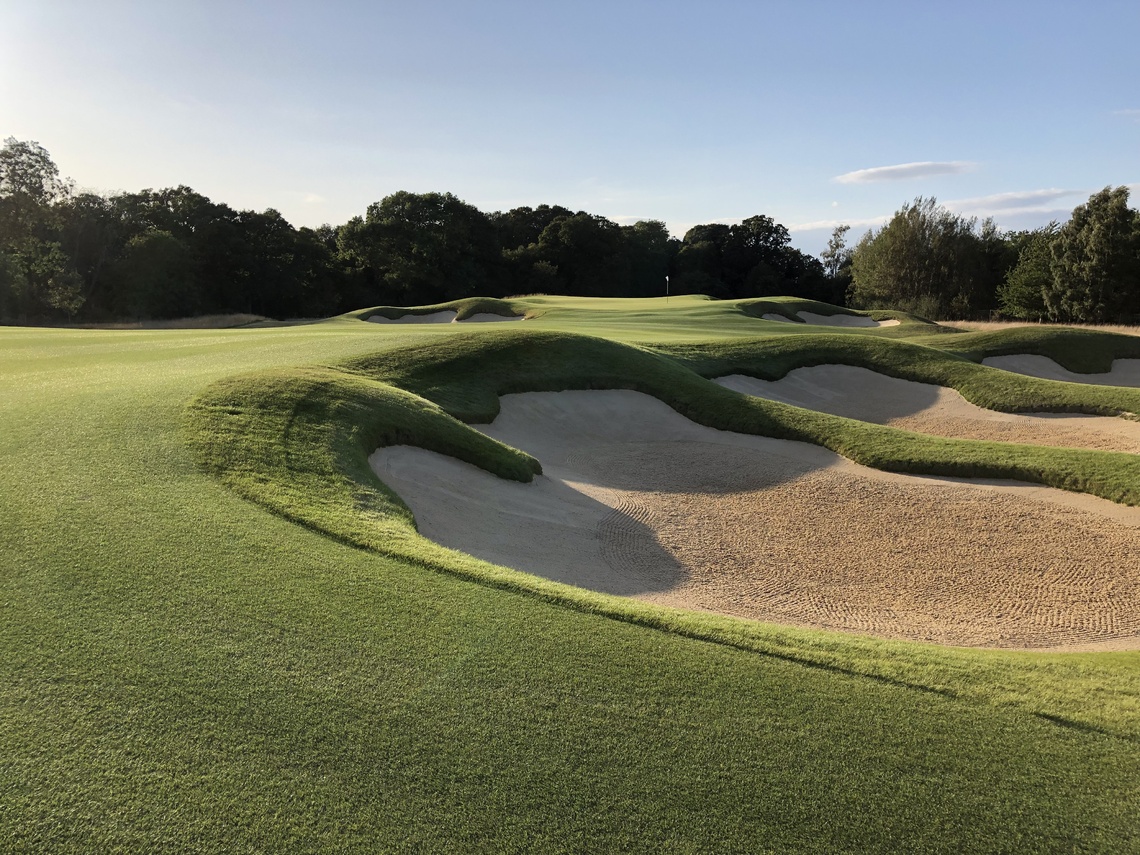 Works commenced in May 2017 with the initial focus on the new lower fields which had the bulk of the earthworks required for the project and the irrigation reservoir. Due to the club’s requirement to open in 2019, MJ Abbott focused on ensuring the irrigation reservoir was the first area completed to provide a water source for the grow in.

The remainder of 2017 did not go to plan, inclement weather conditions meant MJ Abbott were unable to take any greens past gravel raft stage and the aim of seeding 10No holes in the first year was abandoned. The irrigation reservoir was the only area completed in 2017.

After a difficult start to 2018, MJ Abbott ramped up resources to take advantage of better construction weather and made a huge push to complete works on programme.

Within the space of 5 months, the Rainbird irrigation system and primary piped drainage systems were completed. Final shaping was finished on the remaining 14 holes, 10,000 tonnes of rootzone with Profile Porous Ceramic Amendment was placed to greens and tees, over 100,000 tonnes of topsoil was re-spread and 470,000m2 of finished golf course was prepared and seeded.

The course was opened on schedule by Ian Poulter on 16th October and has been well received by members.