The renowned Golf Club Hannover, founded in 1923 and thus the second oldest golf club in Lower Saxony, has undergone a fundamental renovation of its golf course, originally designed by Dr. Bernhard von Limburger. 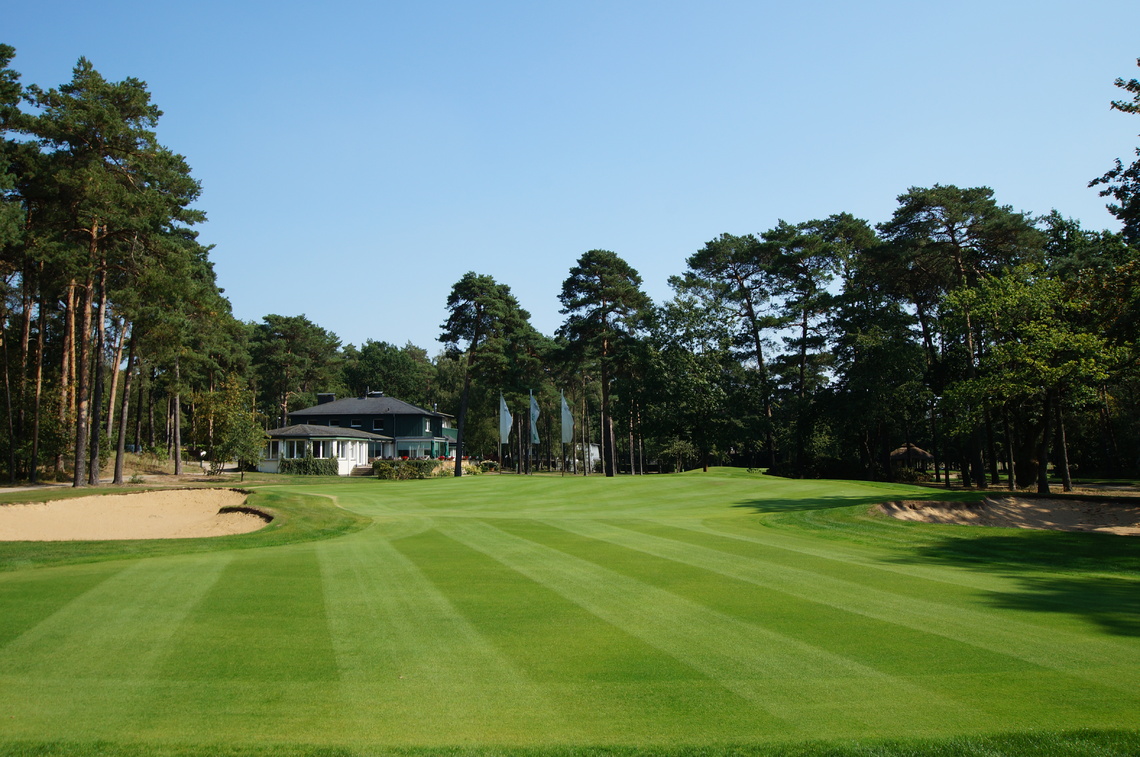 The new 9th green with a large approach

A few years ago, all the bunkers and numerous tees had already been renovated, and now the focus was on renewing the green complexes and expanding the water supply.

Design firm Städler Golf Courses, with project architects Christoph Städler and Philipp Fleischhauer, was entrusted with the planning and supervision of the conversion measures - as was the case with the previous construction phases.

The reason for the long overdue renovation of the greens was the unsuitable construction with local topsoil (so-called push-up greens), which was common practice on almost all older German golf courses. Despite years of sand top dressing, the humus rootzone layer contained a high proportion of organic components. Fungal spores and germs had settled here, which broke out again and again under suitable conditions (wetness and cool temperatures) and damaged the turf. With the exception of the summer months, this led to very unsatisfactory playing conditions.

In November 2018, work began on the renewal of all green complexes. However, our planning did not only include the renewal of the actual green areas, but also the extensive redesign of all the surrounding areas. In particular, the approach areas in front of the greens, on average approx. 250m² per green, were built in the same construction method and quality as the greens themselves. They differ from the greens only in the future cutting height - approx. 7-8 mm like the collars - and thus offer first-class winter greens in the short winter periods, where the summer greens are to be spared. In summer, they offer optimal pre-green areas for controlled chip & run play. 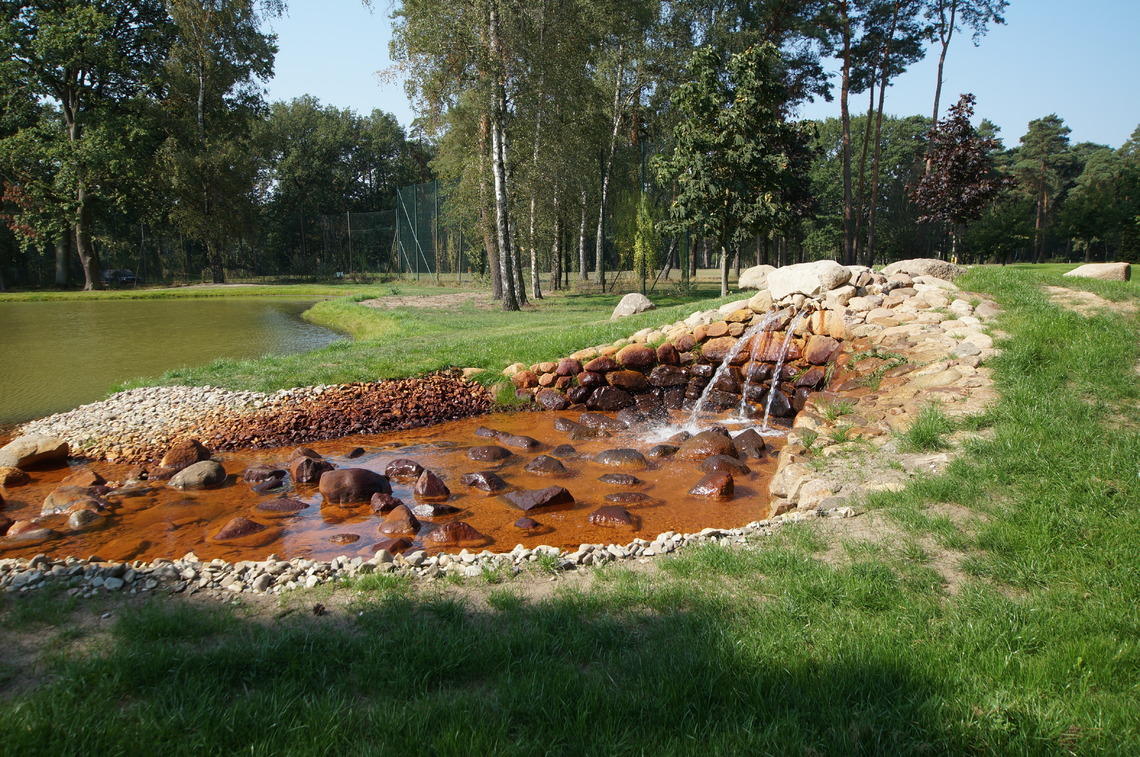 What distinguished the renovation of the Hannover greens from most comparable measures was the exclusive use of sand from the HGC’s own golf site for the construction of the greens, including the rootzone layer. This was unavoidable because the only access road to the golf course leads through an open-air recreational site where no permit would have been granted for the transport of several hundred sand laden trucks. Therefore, suitable sand had to be taken from the golf course site, which fortunately was available. The most suitable areas for exploitation were determined by means of several test drillings. The sand was excavated to a depth of 4.00m and used for the construction of the new green complexes. If the sand had to be bought, as is usual with other golf courses, the construction costs would have been approx. 200,000€ higher. By using its own sand and avoiding environmentally damaging supplies, this renovation measure was a prime example of sustainability.

As a welcome "by-product" of the sand extraction, a storage lake for the irrigation water was created. This is an extremely important measure for the water supply of the golf course - and thus for the quality of the essential playing areas. Until then, the irrigation water from wells had been fed directly into the irrigation system which was detrimental to the health of the grasses due to the low temperature of the groundwater. Even more important, however, was the fact that the groundwater’s heavy iron content could be reduced to a small, innoxious residual amount by first pumping the water over a stone-covered settling basin before it enters the storage lake. There, most of the iron is deposited by binding it with atmospheric oxygen, which demonstrably reduces the remaining iron content in the pond to a harmless level.

The construction of the storage lake has shortened hole # 12 to an approx. 265m short "driveable par-4". Since the green’s right and rear edges run directly along the lake embankment, the seduction to attack the green with the teeshot is associated with a high risk for long-hitters. The result is an attractive "risk & reward hole" - a design type that the Hannover Golf Course has lacked so far and thus will further enhance the course’s strong strategic values.

As far as the modelling of the greens is concerned, it should be noted that it was by no means our aim to significantly change the original character of the 'Limburger' greens and to make the game more difficult by modelling the green surfaces too strongly. In general, the greens were shaped relatively softly, but through changing slopes and clearly distinguishable green sectors, the green complexes are now much more varied and aesthetically more appealing than before.

Since the acceptance of the course construction at the end of August, the greens have been spared for the time being and play will not be resumed until the start of the 2020 season. Then even the previous skeptics will surely find out that the renovation was worthwhile, not least because of the clear improvement of the playing conditions and the considerable season extension thanks to the almost year-round playability of the summer greens.

The accomplishment is also an essential measure to safeguard the attractiveness of the course. This will facilitate the recruitment of new members and will have a stronger binding effect on existing members. It will certainly have a positive influence on the economic situation of the club and its competitiveness in the regional golf market.