Legendary golfer Bernhard Langer has been honoured by the European Institute of Golf Course Architects with its Harry Colt Award for his outstanding contribution to European golf. 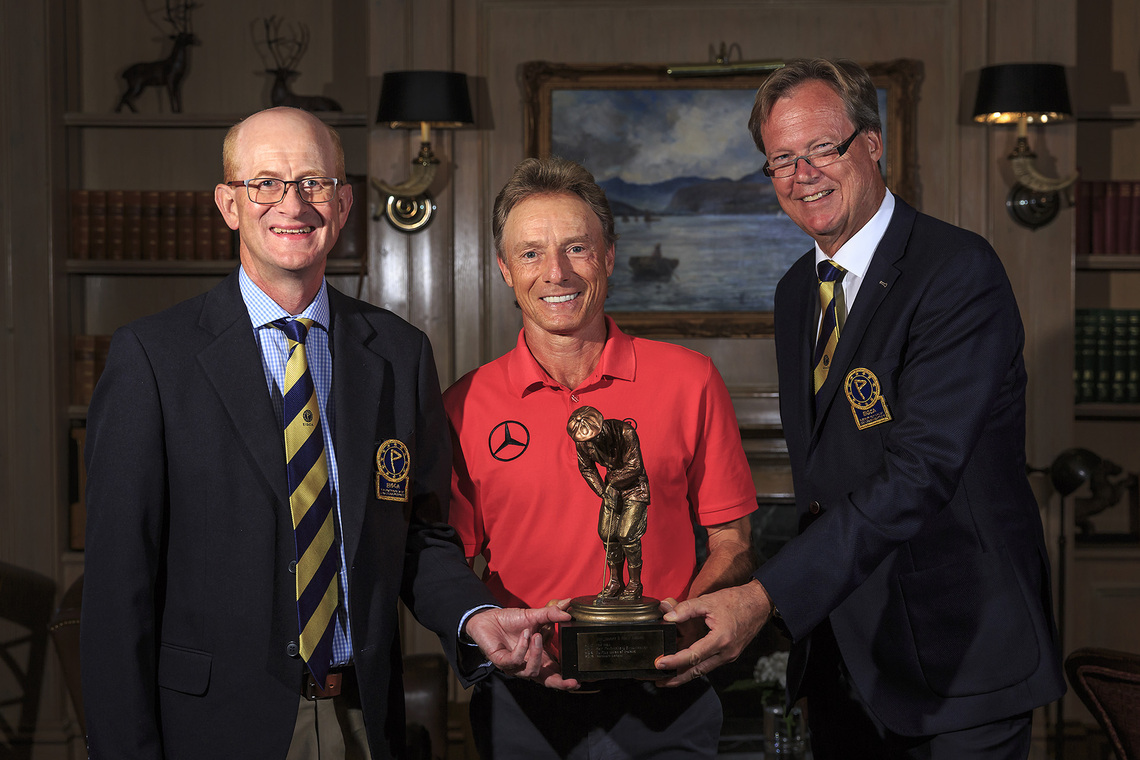 Bernhard was presented with the award by EIGCA President, Ross McMurray, at St Andrews on the eve of the Senior Open Championship.

Ross McMurray says: "Bernhard Langer has had an amazing career with over 100 tournament victories, two Masters titles and ten Senior Major wins. He has been a winning Ryder Cup Captain, played on ten Ryder Cup teams and is one of the most respected golfers ever to have ever played the game. Through his tremendous success, Bernhard has been an inspiration to golfers throughout Europe for nearly four decades and has been a major influence on the development of golf in Germany and elsewhere on continental Europe. Europe’s golf course architects, and the golf industry generally, owe Bernhard a huge debt of gratitude and I hope presenting him with our Harry Colt Award goes some way to showing him our appreciation." 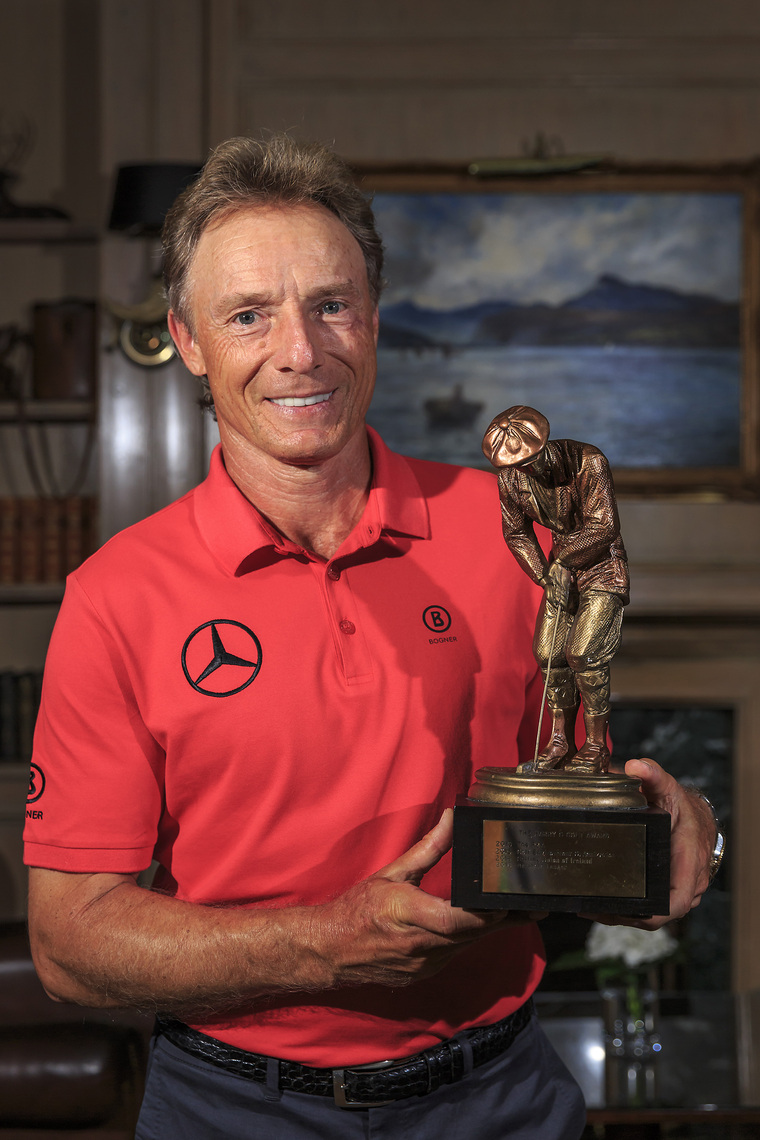 Bernhard Langer said: "I am honoured to receive the Harry Colt Award from Europe's golf course architects. It was in 1980 that I won my first golf tournament on the European Tour and I really do hope that in the intervening years I have been able to inspire others to take up this great game. It is wonderful to be recognised in this way and I am deeply grateful to the EIGCA and its members for this award."

EIGCA's Harry Colt Award is given to an organisation or individual that has made an outstanding contribution to golf or golf development. Candidates are nominated by the EIGCA membership and ratified by a committee of past EIGCA Presidents. Previous winners of the award include The R&A, The GEO (Golf Environment Organisation) and the Golfing Union of Ireland. Bernhard Langer is the first individual to be honoured.