The European Institute of Golf Course Architects has presented its Harry Colt Award to the Golfing Union of Ireland. The award, which is given to an organisation or individual that have made an outstanding contribution to golf or golf development, was made to Kevin McIntyre, the President of the GUI, at Royal Belfast Golf Club at the culmination of the EIGCA’s annual meeting. 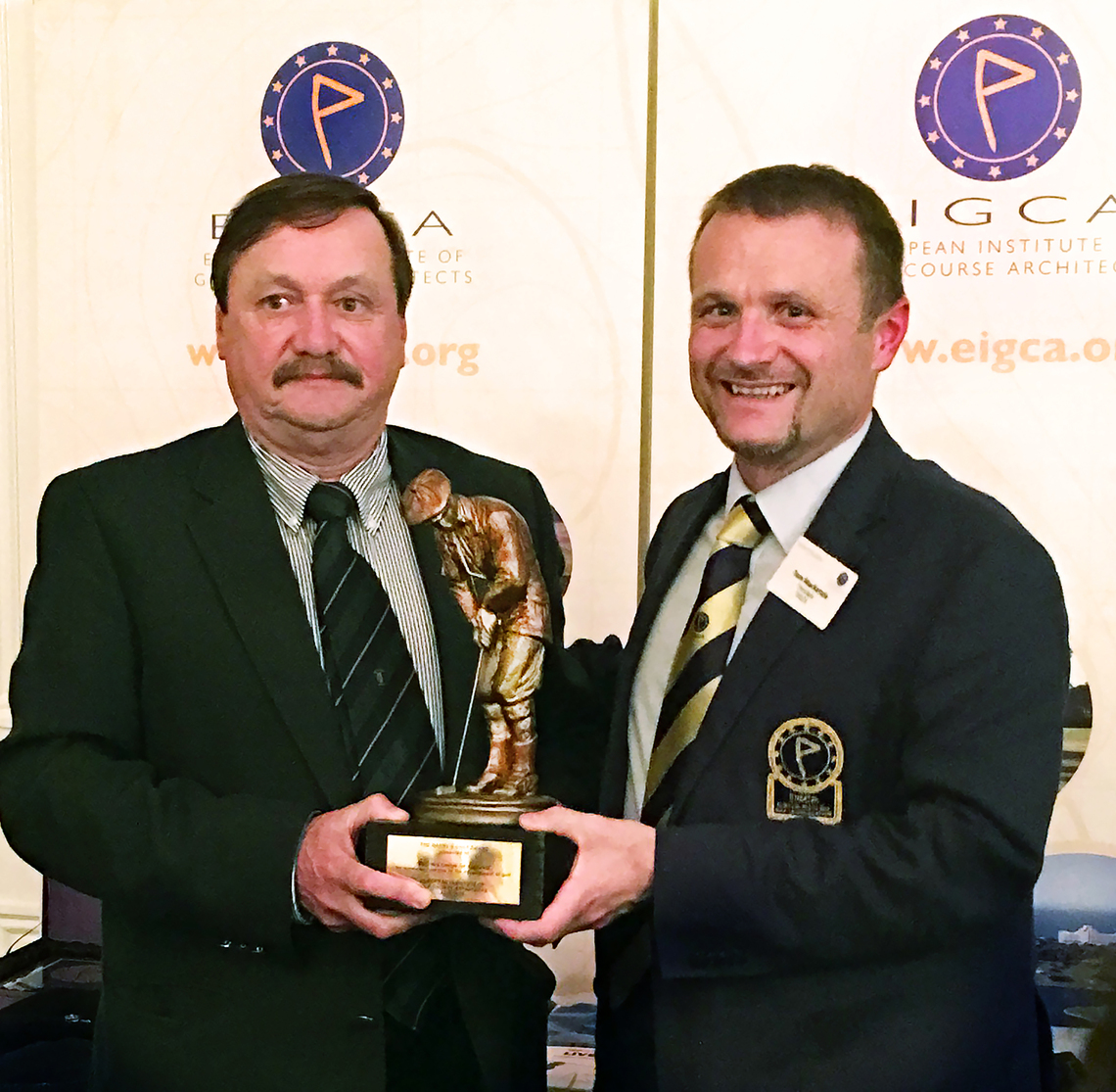 Announcing the award during the Presidents Dinner, EIGCA Vice President, Ross McMurray, highlighted the number of golfers from the island of Ireland who had made such a significant contribution to the popularity of the game. Rory McIlroy, Padraig Harrington, Graeme McDowell, Darren Clarke and Shane Lowry have all come through the ranks of the GUI structure. The Golfing Union of Ireland also played a major role in the historical development of the game by introducing the first universal handicapping system and proposing yardage as a way to establish the par of a hole.

McMurray continued, "It is also significant that we recognise the Golfing Union of Ireland here at Royal Belfast Golf Club as it was at a meeting in Belfast in 1891 that the Union was first established by nine Ulster golf clubs, including Royal Belfast, the oldest golf club in Ireland."

Handing over the trophy to Kevin McIntyre, EIGCA President Tom Mackenzie said, "I am delighted to present our Harry Colt Award to the Golfing Union of Ireland. They have played, and continue to play, an incredibly important role in developing young golfers and producing great champions."

Accepting the award, Kevin McIntyre replied, "On behalf of the Golfing Union of Ireland, I am very pleased to accept the Harry S Colt award. Generally the Golfing Union of Ireland hand out awards so to be a recipient of an award is of itself unusual but of huge significance for everyone associated with the GUI. We are delighted that the EIGCA have recognised our contribution to growing the game during the past 125 years. The Union is very proud of the part that it has played in developing the structures from which the amateur game in Ireland now operates and look forward to continuing this work into the future."