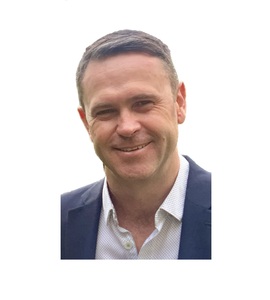 Dave Sampson is an Architect at European Golf Design, the golf course design company of the European Tour and IMG.

At the end of 2002, Dave graduated from the Nelson Mandela Metropolitan University in Port Elizabeth, South Africa, with Bachelor of Arts degrees in both Architecture and Building Arts.

After moving back to the UK in early 2003 he spent six months working as the cricket analyst for Surrey County Cricket Club, prior to joining a London based architectural firm as a Design Associate, where he was involved in design detailing, production of working drawings, and project facilitation.

In 2002, Dave was the successful winner of the Golf World Design-A-Hole Competition, which led to him joining European Golf Design as a Design Associate in late 2004.

In 2008, he was promoted to the position of Designer, and is now directly responsible for project designs, management, supervision and on-site construction inspections.

Dave was the lead designer on the recently opened tournament course at Zavidovo PGA National Russia, a course which won the 2011 Best New design in Russia award, and was also a finalist in Golf Incs 2012 Best New Course in the World.

Back in 2013, he also completed and oversaw design and construction works on the redevelopment of the Evian Resort golf course, France, in preparation for The Evian Championship, the new 5th major on the LPGA tour. In association with the golf club & the LPGA, Dave is currently involved in advising & overseeing continual annual improvements.

In 2009, Dave completed design works on the Safaa Golf Couse at the King Abdullah University of Science and Technology in Saudi Arabia. His other project in the region, Royal Greens Golf & Country Club at King Abdullah Economic City, has recently won awards for,'Best in Saudi Arabi', 'Best in Arabia' & 'Best International' Leisure Development 2016-2017' at the prestigious International Property Awards, and will open for play in September 2017

Dave is presently working on design projects in the Turkey, Portugal, Switzerland, France, and the 2022 Ryder Cup course in Rome, Italy