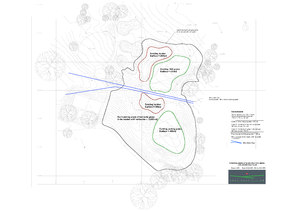 Club de Golf Los Leones is South America's most prestigious golf club, situated in the heart of Santiago de Chile. It was inaugurated in 1910 and over the years it has hosted many tournaments and Open's. In 1942 it created the now famous amateur championship 'Copa Los Andes'. Since, the course has seen numerous renovations be it to the greens, fairways or the irrigation systems. The club has over 1000 members, also comprising a tennis club, a swimming club, a fitness club and lastly an exquisite club-house with a magnificent terrasse with breathtaking views.

In July 2009, the club commissioned us to look at their existing 18th hole, a particularly short par 5, 511 yards long, and to make some proposals for improvement. Proposals were presented and work on a new 18th green complex, putting green and an additional 10th tee commenced in December 2010. Following on from these successful modifications, from 2012 to 2013 most of the existing bunkers on the course were renovated and additional bunkers and tees were created.These works vastly improved the presentation and strategic value of the golf course. We continue to regularly consult the club.

Due to the nature of the renovation works on the golf course, the photos consist of before and after, and are best shown on the following link under "photos": www.adamgolfdesign.com/en/project/club-de-golf-los-leones/